Enigmatic Monster
The Hoop Snake is a crypid animal monster reported to live in areas of the United States and Canada. It is a large serpentine creature with deadly venom and a unique method of hunting.

The Hoop Snake has allegedly been sighted for decades, most commonly along the the Minnesota-Wisconsin border in the St. Croix River valley, Wake County in North Carolina, and Kamloops, British Columbia. Stories and descriptions of the Hoop Snake were also included in the stories and legends of Pecos Bill.

According to folklore, the Hoop Snake has the ability to swallow part of its own tail, forming a ring shape. It them has the ability to maneuver into a position where it can begin rolling after its prey, resulting in extreme speed and maneuverability when chasing it down. Once it is close enough to its prey, it will remove its tail from its mouth and quickly straighten, striking the prey with either its fangs or a venomous, barbed spike on the end of the tail. The poison is rumored to work quickly and can kill and begin decaying organisms as large as trees within seconds.

However, the Hoop Snake is not accepted by the scientific community, and common theories are that sightings are misidentified sidewinders or mud snakes, which sometimes bite their own tails in the event that they mistake them for prey. 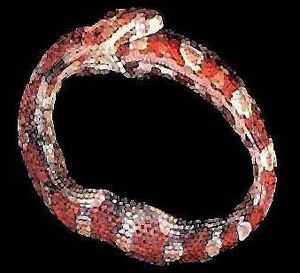 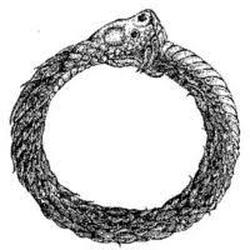 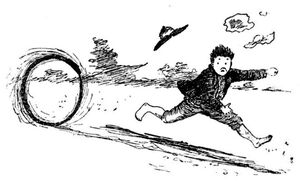 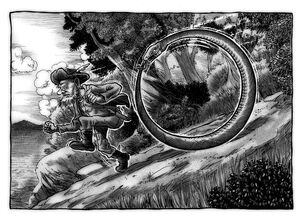 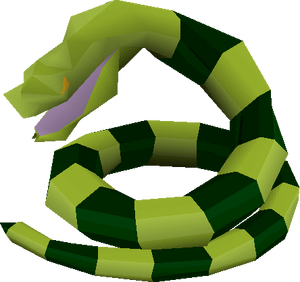 A Hoop Snake as it appears in Runescape.