Hordak killed King Grayskull and was the former mentor of Skeletor until Skeletor betrayed him and trapped him in another dimension. He now operates as the evil ruler of Etheria and is the main antagonist in the show She-Ra: Princess of Power. 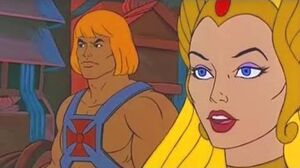 Retrieved from "https://villains.fandom.com/wiki/Hordak?oldid=3421227"
Community content is available under CC-BY-SA unless otherwise noted.