Villains Wiki
Register
Don't have an account?
Sign In
Advertisement
in: Masters of the Universe Villains, Dark Forms, Bigger Bads,
and 42 more

Horde Prime (Masters of the Universe)

Lord of Darkness
Emperor of the Evil Horde

Ruler of the Evil Horde

Horde Prime is the overarching antagonist of the Masters of the Universe franchise. He is the true leader of the Evil Horde, the master of Hordak, and the ruler of the interstellar empire known as the Horde.

He is only seen surrounded by green smoke and his true form has never been seen. A metallic arm comes out of the cloud of smoke when he is outraged or angered. Horde Prime has a son named Prince Zed who calls Hordak his uncle. This suggests that Horde Prime may have once looked like Hordak before his transformation.

He was voiced by the late Lou Scheimer (credited as Erik Gunden) in 1985 cartoon She-Ra: Princess of Power.

Horde Prime appears as the overarching antagonist of the series, serving as the master of Hordak, the main antagonist. He seldom appears in person, and when he does he is almost always cloaked in silhouette.

In the mythology of She-Ra, Horde Prime is the only being with authority over Hordak as well as his Horde inspectors, for he is the intergalactic ruler of the Horde Empire, with control over all Horde regimes. He apparently hails from a world known as Horde World although his exact background has never been revealed. All that has ever been seen of Horde Prime is a gigantic skeletal robotic arm, which suggests he may be some sort of cyborg. He travels the universe in his ship, the Velvet Glove, keeping watch over the Horde's universal activities.

Horde Prime appears as the overall main antagonist of the 2018 Netflix reboot series She-Ra and the Princesses of Power. This version is an intergalactic conqueror who created the Horde using clones of himself. He's mentioned in the third season and makes a full appearance at the end of the fourth season, where he wipes Hordak's mind and kidnaps Glimmer and Catra. He is the main antagonist of the show's fifth and final season.

Horde Prime appears in the comics as a major villain. 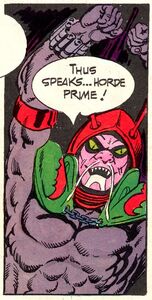 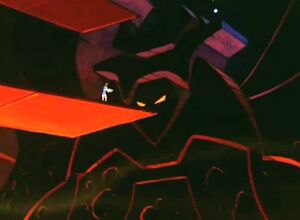 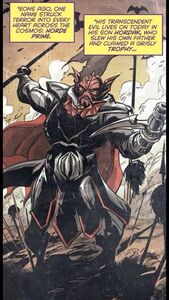 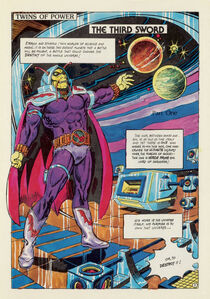 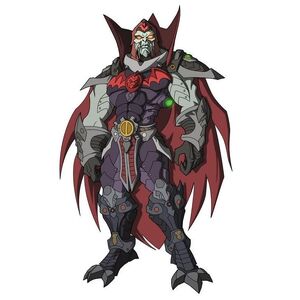 Anillis Kur aka the Horde Prime.