NOTE: This article is about the incarnation of Horde Prime from the 2018 Netflix series She-Ra and the Princesses of Power. The original version can be found here: Horde Prime.

Founder and Supreme Ruler of the Galactic Horde

Collecting trophies from his conquests.

Creating clones of himself.
Invading and destroying planets.
Ruling his empire.
Traveling with his armada.

Destroy Etheria and erase any evidence of Hordak's failures (formerly).
Acquire the Heart of Etheria (succeeded).
Assimilate all life into his hive mind.
Destroy the universe and rebuild it in his image (both failed).

He is the emperor of the Galactic Horde and Hordak's genetic progenitor. In the past, he conquered most of the universe using a massive clone army. At the end of the third season, he receives Hordak's distress signal and sets out to find him. He invades Etheria at the end of the fourth season.

He is voiced by Keston John, who also voices Hordak, Grizzlor, Admiral Scurvy, and the rest of Horde Prime's clones.

At heart, Horde Prime is a cruel narcissist driven by the desire to control everything around him. Although he speaks with a polite tone, this is simply a mask that hides his true personality of a self-obsessed despot. He believes that the universe revolves around him and that everything should be a reflection of himself. This is shown through his use of clones for his army as well as his suppression of individuality.

Prime is intolerant of failure from his subordinates. When Prime first discovered Hordak was defective, he immediately demoted his "brother" and sent the latter on a suicide mission. Years later, when Horde Prime reunited with Hordak and learned of his failure to conquer Etheria, he planned to destroy the entire planet in order to prevent anyone from learning of his brother's failure.

In addition, he considers his clones to be reflections of himself and is disgusted by clones that demonstrate flaws or independent thinking. An example of this trait can be seen in his clones which are shown to be mindless and nameless. He considered Hordak genetic defects to be a personal insult to himself. His later discovery of Hordak's individuality and the existence of a separate Horde faction led him to consider Hordak an even bigger failure than before.

Horde Prime is also shown to be petty. He considers Hordak to be an embarrassment and was willing to destroy all of Etheria simply to hide any evidence of Hordak's "botched conquest". In addition, he berated and admonished Hordak for building an empire that wasn't centered on himself.

Despite this, he is somewhat pragmatic. He was willing to spare Etheria after learning that the planet possessed a powerful superweapon. He also allowed Glimmer and Catra to live since they claimed to know how to activate the Heart of Etheria. Furthermore, rather than killing Hordak, he simply wiped his memory and presumably allowed him to rejoin his forces. 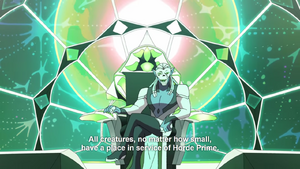 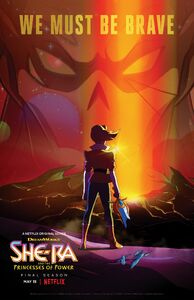 Horde Prime in the "Brave" poster. 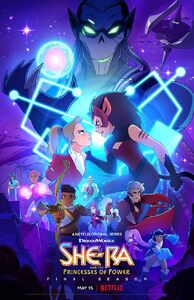 Horde Prime in the poster for Season 5. 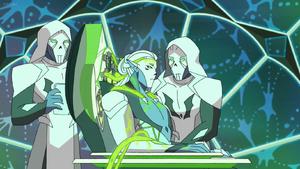 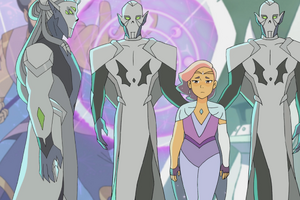 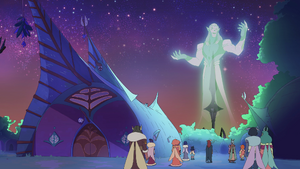 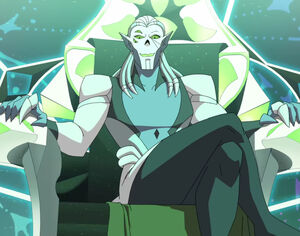 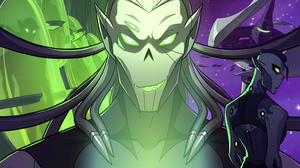 Horde Prime in the Season 5 Intro. 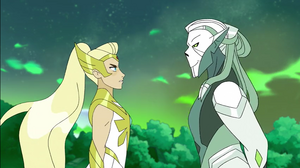 Retrieved from "https://villains.fandom.com/wiki/Horde_Prime_(Netflix_Reboot)?oldid=3768875"
Community content is available under CC-BY-SA unless otherwise noted.