The Four Great Gods of Chaos

Destroy the Empire and Bretonnia, make the world consumed by chaos, promote the worship of the Chaos Gods.

The Hordes of Chaos (often shortened simply to "Chaos") are a major antagonistic force in Warhammer Fantasy and serve a similiar purpose to the Chaos Space Marines in being the eternal enemies of all humanity stands for, being an army of chaos-obsessed madmen, barbarians, sorcerers and demons of many different forms.

Just like the Chaos Space Marines, the Hordes of Chaos are loyal to the gods of chaos known as Nurgle, Khorne, Slaaneesh and Tzeentch but may also worship lesser Demon Princes or alternatively be loyal to Chaos Undivided.

The Chaos Warriors, also known as the Hordes of Chaos, the Followers of Chaos, the Northern Barbarians or simply just Northmen, are the names given to a race of savage, warlike tribes of human barbarians that occupy the harsh and unforgiving lands of the North. To all those that faced them, the northern barbarians are considered by all to be the enemies of all the civilized humanoids, whose unwavering worship to an uncaring and sadistic pantheon of ancient and evil daemons of chaos has given them a single driving motive to usher in the inevitable downfall of all mortal-kind into their hellish enslavement. 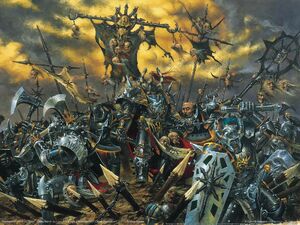 The Hordes of Chaos. 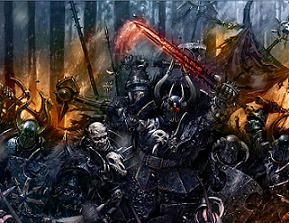 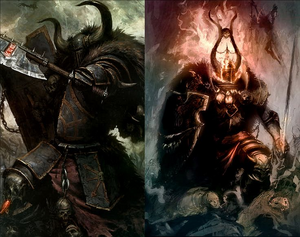 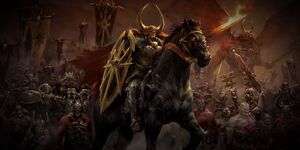 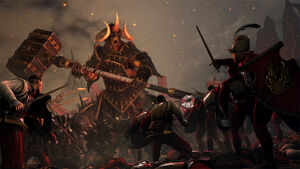 Kholek Suneater the Dragon Ogre and high ranking member of the Chaos hordes. 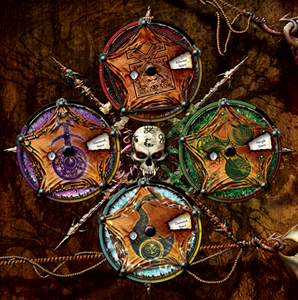 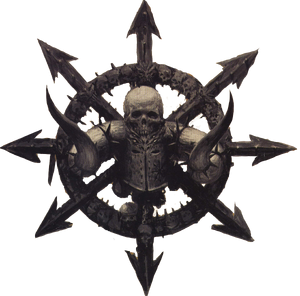 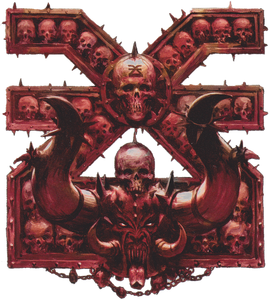 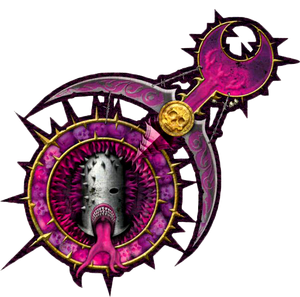 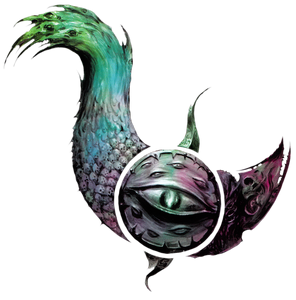 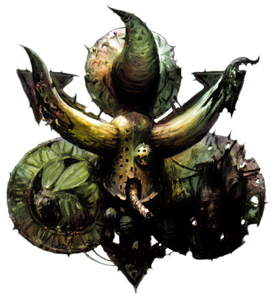 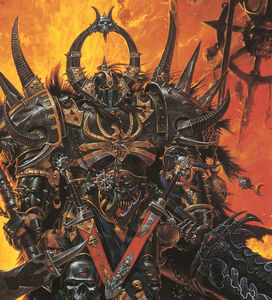 So edgy he could cut you with his pinky.
Community content is available under CC-BY-SA unless otherwise noted.