Using the power of eggs of Nine Spirit.

Wrathful Dragon
Horntail is an antagonist in MapleStory. It is a three-headed dragon.

The first dragon that's ever stood up against the dragon chief, Nine Spirit, who was the former ruler over Minar Forest. Horntail assembled an army of evil dragons to create an evil force that instigated the historically-known Dragon War. Horntail seemed to be the more powerful one at the beginning, but Nine Spirit's longstanding experience and wisdom as a leader seemed to overpower Horntail's inexperience. In the end, Horntail broke the Pact between the dragons and Halflings and attacked the Halflings' village, stealing the egg of Nine Spirit which they were protecting. This was a crime that no dragon known as the guardian of order should have committed. Ultimately, Horntail overthrew the reign of Nine Spirit, and the forest was conquered by the demonic servants of Horntail. Since then, no traces of true, honorable dragons could be found in the forest. Horntail (that has three heads and, subsequently, three different minds) is currently hiding in a cave to heal his wounds, and plotting to rule the regions even past Leafre using the egg of Nine Spirit. 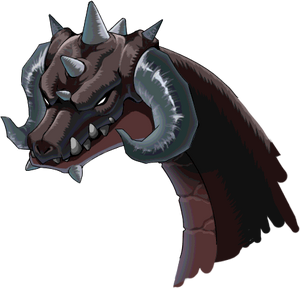 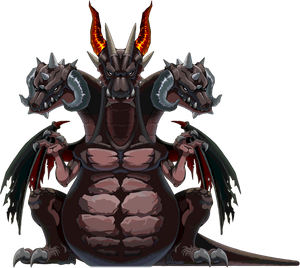 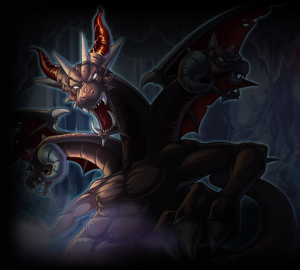 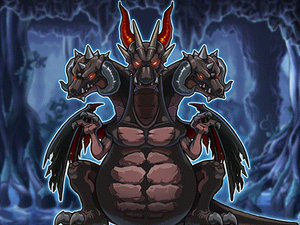 Retrieved from "https://villains.fandom.com/wiki/Horntail?oldid=4159153"
Community content is available under CC-BY-SA unless otherwise noted.