Twelve Constellations of the Zodiac

Gather all 12 Horoscopes for the Day of Awakening and use their Switches to open the Hole to reach the Presenters.

Team
The Horoscopes are twelve Zodiarts based on the constellations of the Western Astrological Zodiac and the main antagonists of Kamen Rider Fourze. They are Zodiarts that are completely evolved from their human selves while keeping their human bodies, unlike Last One Zodiarts.

Initially only having four members at the beginning of the series, the Horoscopes would distribute Zodiarts switches to students of Amanogawa High School in order to build up their membership to twelve for their master plan.

Horoscopes Zodiarts possess use their own variants of Zodiarts Switches to transform. These switches differ from regular Zodiarts Switches as they are red and gold in color, are marked with the astrology sign of their respective Zodiarts, and are oblong-shaped.

A Horoscopes' most powerful ability is to undergo a "Supernova", a transformation that will allow them to either assume a more powerful form or gain a new technique. However, the Supernova can only be used for a limited period of time as using it for too long will cause the Zodiarts to be destroyed. 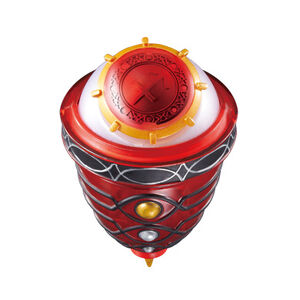 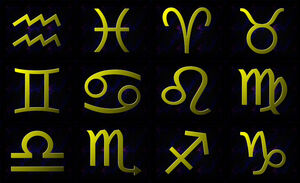 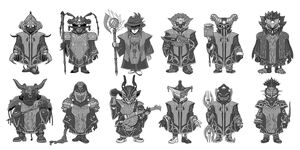 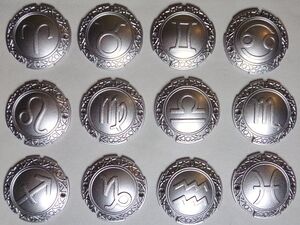 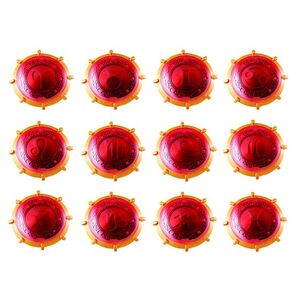 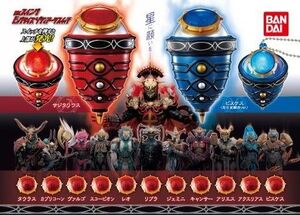 Toy figures
Add a photo to this gallery

Retrieved from "https://villains.fandom.com/wiki/Horoscopes?oldid=4202564"
Community content is available under CC-BY-SA unless otherwise noted.