Goosebumps: One Day at HorrorLand

Imprison and torture humans who are unlucky enough to venture into Horrorland in various methods.

The Horrors are a race of monsters that come in various descriptions. The monsters run a horror-themed amusement park called HorrorLand, and spend their time imprisoning humans and putting them through various physically and psychologically intense situations.They will appear in the sequel to the 2015 Goosebumps film Goosebumps: Horrorland most likely as the main antagonists.

Horrors work at Horrorland and act nice, but are actually evil, and spend their time making humans miserable. In One Day at Horrorland, the monsters have a game show that entails such features as directing an escaping family's car nearly off a cliff. In Return to Horrorland, they have a dental game where they drill through the teeth of humans. Their "amusement park" also features rides like Coffin Cruises, where the unfortunate riders are trapped in floating coffins that fill with water and other threats, and The Slide of Doom wherein a victim seemingly slides forever and forever (in reality, it is only a very long slide that eventually leads into another section of the park). They also appear to be man-eaters at times, given that some of their vendors sell fare such as literal human fingers.

They have high intelligence because HorrorLand is themed about the monster's inventions and things hinting they may be more intelligent than one might have thought, considering they have advanced technology.

The Leaders then to vary in each installment.

One Day at Horror Land had a female horror called the Horrorland MC while the video game they were lead by Madision Storm.Another Video game designed horror looked like a baker and was named Horrifico as their leader.

The Horrors have been described in a variety of ways. In One Day At Horrorland, the Horrors's skin color is light green. In Return to Horrorland, they are purple. In Goosebumps Horrorland, they are dark green. The monsters have horns on their heads similar to goats. In their first appearance, they could apparently be vanquished by pinching them, which caused them to deflate. 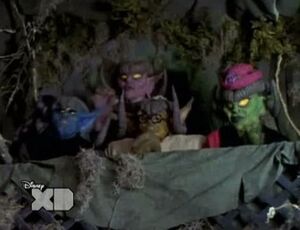 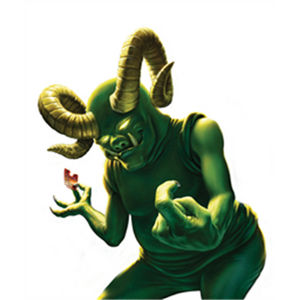 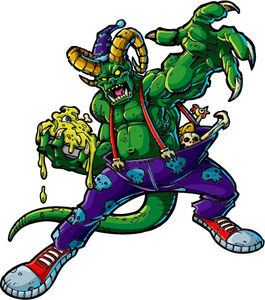 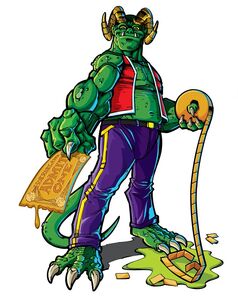 Add a photo to this gallery
Retrieved from "https://villains.fandom.com/wiki/Horrors?oldid=3883681"
Community content is available under CC-BY-SA unless otherwise noted.