Killing both the RED and BLU team.

The Horseless Headless Horsemann (real name: Silas Mann) is a non-playable character in the video game Team Fortress 2, appearing as the main antagonist in the 2010 Halloween Mode. He has also appeared during the Scream Fortress events that take place every October, specifically around Halloween.

Though the Horseless Headless Horsemann has no canonical backstory, his living form, Silas Mann, does. He was assumed to be the brother of Zepheniah Mann, but Silas' history within the family is shrouded in mystery. What is known is that he was the co-owner of Zepheniah Mann & Sons. Quarterly Concern, the company that would eventually become Mann Co.

How HHH came to be is currently unknown. However, it is possible that Merasmus and the Bombinomicon had a hand in his manifestation.

The Horseless Headless Horsemann has an eerie ghost appearance, simply appearing as a clothed skeleton with a lit, rotting Jack-O-Lantern for a head. He dons a pitch black cloak, glowing purple and ripped, probably from several battles, as they reveal his bony insides. The cloak has no sleeves, revealing his two humeruses, but his forearm bones and hands are coated in pairs of black, leather gloves. He has a belt wrapped around his waist with an axe shaped, evily grinning head for a belt buckle.

Though he has no pants covering his legs besides a few rippings from his cloak hanging down over them, he dons a pair of thick boots and wields his comically large, grinning axe that decapitates all in its way.

It is interesting to note that HHH does not trigger a truce between both teams on Mann Manor, unlike Merasmus on Ghost Fort or Monoculus on Eyeaduct.

If the Horseless Headless Horsemann is unable to find a player, a random player will be tagged “IT", marked with a white skull and crossbones over their head, similarly to the Marked for Death effect applied by the Fan O’War. HHH will proceed to relentlessly chase down this player and slay anyone else who is unfortunate enough to be in his way. If the player tagged as "IT" hits another player with a melee weapon, they will no-longer be "IT", and the player who was hit will now be "IT".

Sometimes, the Horseless Headless Horsemann will loudly say “Boo!” that puts nearby players into a state of fear, indicated by a blue “YIKES!” over their head. While under this effect, a player is unable to attack but can still move and try to get away until the effect runs out. He/she is also put in third-person mode with their hands often over their head, similarly to when a player touches a ghost.

One hit from HHH deals 80% of a player’s health. Since there is no truce while HHH is running around, a player from the other team can finish off someone who was hit before HHH swings his axe again. HHH is guaranteed to kill a player in 2 hits, meaning that not even Heavies can hope to survive in a direct encounter.

The Horseless Headless Horsemann spawns in the following maps... 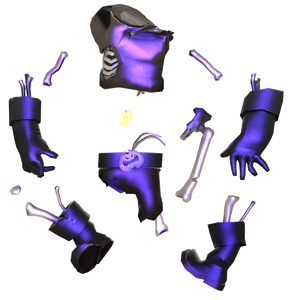 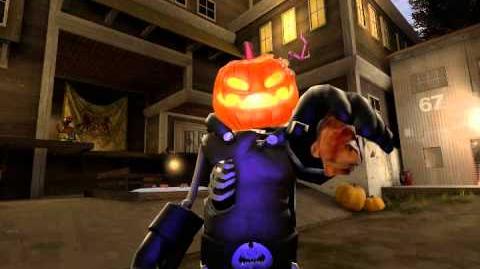 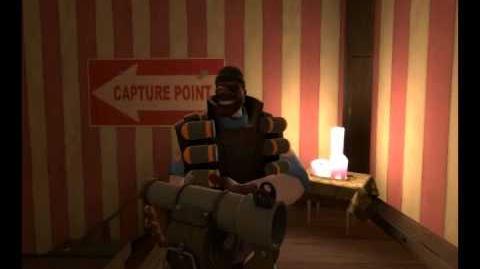