Kill both Stan and Francine Smith for reuniting (semi-succeeded).

He was voiced by the hip hop artist C-Lo Green, who also played one of the evil Not-So-Goodie Mob gang members in the 1999 comedy superhero film Mystery Men.

It was once an regular used 1970s hot tub owned by a guy named Joe Lacard. They had fun parties and had good times until Joe met a girl. After Joe married her and had a family, it was never used again. However after getting struck by lighting, it came to life and killed the family. It was sent to a mental hospital but later escaped. It was found at some point and taken to Little Shop of Hot Tubs. However, it started developing a hatred of families.

Stan is drawn to a used hot tub in the store's back room that the salesman, Margarite, tries to talk him out of purchasing. Stan ignores him, buying the hot tub and taking it home with him. There, he learns that the hot tub can talk, tempting Stan into using it (Dip a Toe). This eventually leads to him and Francine having their most intense sex ever (Hot Tub of Love).

Francine starts to worry about the hot tub's effect on Stan, and orders him to stay out of it. That night, after a party, the tub eventually becomes evil and draws Stan to it, leading Francine to give Stan an ultimatum: the tub or her (Do Whatever You Like). When Stan chooses the tub, Francine packs the rest of the family and leaves for her parents' house (Daddy's Gone).

Still unable to shake his suspicions about the hot tub, Margarite investigates its past (Research). As soon as Margarite learns the truth about it, he informs Principal Lewis. Margarite and Principal Lewis go to Stan's house and try to alert Stan there, but find out he's not at home. Principal and Margarite search for the hot tub and discovers it inside the house. Principal Lewis tries to drain the hot tub, but ends up being swallowed by it. Margarite tries to escape in his car, but the hot tub shoots its water inside his vehicle, causing it to crash and kill Margarite. The hot tub then draws Francine back home, imitating Stan on the phone. Stan discovers the deception and returns home just as the hot tub swallows Francine. After the hot tub explains its first killing spree and his backstory about families, Stan unsuccessfully tries to recover Francine. The hot tub jettisons Stan through the roof, leaving him sprawled on the pavement across the street (Psychotic Hot Tub).

At the last moment, Stan remembers the "Spa Down" given by Margarite for "calming down" his tub; unfortunately, he succumbs to his wounds. Cee Lo announces that Stan is dead, ending the episode abruptly. It is also possible that Francine died too, given that she was trapped inside the Hot Tub and would have eventually drowned if she was unable to escape from it. However, since this was a non-canonical episode, the Hot Tub and the events/deaths that happened were never real. This is proven when Stan, Francine and some others are later seen alive in the next episodes. 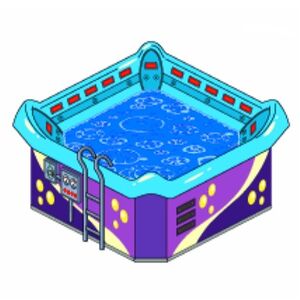 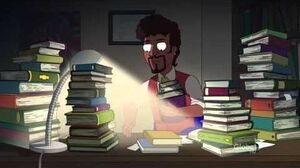 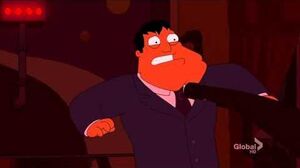