Wreaking havoc as a natural calamity
Killing anyone that he deems strong.
Training

Reach the "answer" to his existence (succeeded after his death)
Kill Shin (Failed)
Kill Great General Geki Shin on Ri Boku's orders.(succeeded)
Kill and fight General Ou Ki in a duel. (succeeded but failed in truly defeating him).
Heal himself and train again in order to face and fight General Ou Ki
Answer Ri Boku's message to join the Three Great Heavens
Become a Great General of the state of Zhao
Led the Zhao Army to devastate the state of Qin
Heal and save Ri Boku from near death.(All succeeded)

Hou Ken is a central antagonist in the historical seinen anime and manga series, Kingdom. He was a Bushin/God of Martial Arts or path seeker of a martial oriented lifestyle dedicated to the pinnacle strength and a Great General of the Zhao Military serving as the first member of the second generation of the Three Great Heavens, the most powerful organization compassed of their strongest great generals, and a somewhat comrade to its leader Ri Boku.

Hou Ken first appeared as the mysterious Zhao Great General and newly appointed member of the Three Great Heavens appeared as the de facto leader and figurehead of his own personal army alongside his generals, Chou Sou, Shou Mou, Kou Son Ryuu, Ri Haku, Fuu Ki, and Man Goku as they led a vicious invasion into the state of Qin's territories of Baou and Bayou at the start of the Battle of Bayou Arc. It was revealed that he had killed Kyou, a member of Qin's Six Great Generals to prove his might and worth to the "heavens", and was defeated by Ou Ki nine years prior to the start of the series. Becoming an entity of vengeance that wanted nothing else but to fight and kill General Ou Ki in a duel.

In the anime series, he is voiced by Masaya Takatsuka who provides the voices of Gedatsu, Jabra, Avalo Pizarro from One Piece, Ultraman Belial in Ultra Zero Fight, Jackal in Fist of the North Star: Ken's Rage 2, Aquila of Ruina in Super Robot Wars Destiny, and Cottonmouth in Marvel Disk Wars: The Avengers.

A stoic man who kept to himself and rarely spoke when necessary, Hou Ken had grand ambitions to be the strongest warrior in the world. He preferred to stay by himself and to train continuously to become much stronger than he already is. Hou Ken was a very confident warrior who believed that almost no one was a match for him except for Ou Ki. Hou Ken has a major appetite for battle and is willing to fight anyone who can put up a challenge for him. In battle, Hou Ken is ruthless by how he casually and immediately cuts down any foe that stands in his way. Hou Ken showed absolutely no signs of loyalty towards the Zhao kingdom despite only showing interest in the battle.

Born to a kind pair of qigong/chi healers as Master and Madame Hou, a baby Hou Ken was kidnapped by unnamed Bushin after he brutally murdered his parents and their patients. While it's unknown what his childhood and gruesome training he received was like, Hou Ken would spend his entire life training deep within the mountains of the state of Zhao to become a Bushin or God of Martial Arts.

Honing his body to the pinnacle of human limits, Hou Ken attained an almost supernatural level of martial arts worthy of his title. At some point during his training, he met a young and severely injured Zhao soldier by the name of Ri Boku who was on the run from enemy soldiers during a war between an unnamed state and the Zhao Kingdom. Like any of his kind, Hou Ken immediately threatened him with a brutal death but speared him after learning that the latter had lost the will to live.

Kyou, Great General of the Qin Kingdom and youngest member of the first generation of the Six Great Generals - Slain in single combat between the two. 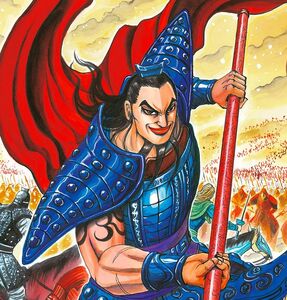 Ou Ki, Great General of the Qin Kingdom and last member of the first generation of the Six Great Generals - Slain in a fierce duel and later combat between the two with unwanted help from Gi Ka. 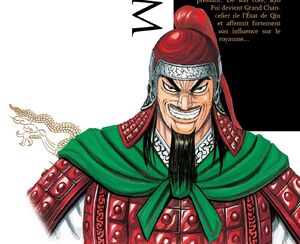 Geki Shin, Great General and Savior of the Yan Kingdom - Slain in a one-sided duel between the two. 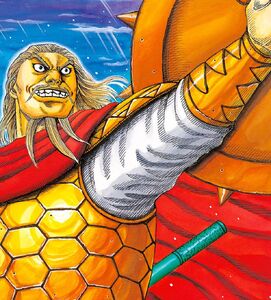 Duke Hyou, Great General of the Qin Kingdom and epitome of institutional types - Slain in single combat between the two during the Battle of the Southern Path. 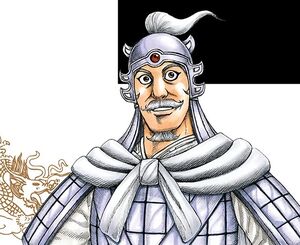 Ko Zen, adjutant of the Gaku Hou Unit - Slain during his night attack on the Gaku Ka Unit's campgrounds and after getting injured by the old soldier's final stand. 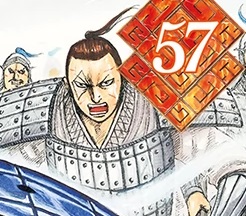 Kyo Gai, 1000-man Commander of the Hi Shin Unit - Slain during their flanking attack on the Ri Boku Army's HQ. 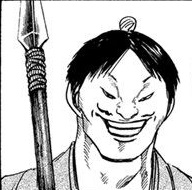 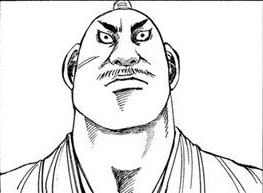 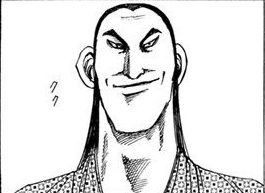 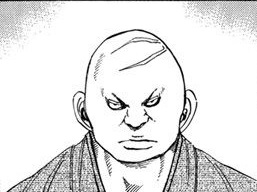 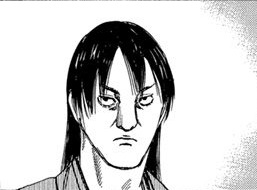 Bun Ketsu, 9th Squad Leader of the Hi Shin Unit - Slew the Squad leader as punishment during his duel with Kyou Kai. 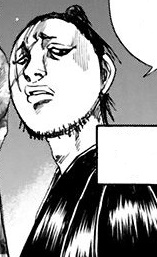 As a Bushin, Hou Ken could utilize and manipulate his inner chi, mostly using it for combat purposes like sending it into his opponent's body, destroying their internal organs.