Many trade posts around the world.

Aid Hoyt to run the largest Slave and Drug ring in the Southern Pacific.

Eradicate the Rebel groups and the Rakyat tribes on the Rook Islands.Exterminate the remainder of the Pirates following Vaas' death.
Sell Riley Brody as a slave.
Kill Jason Brody to avenge Hoyt (all failed).

Hoyt's Privateers are a group of antagonists in Far Cry 3. They are a group of mercenaries based on the Rook islands that are funded and lead by Hoyt Volker, but are seen to assist both Buck Hughes and Vaas Montenegro.

Sometime before 2012, Hoyt Volker came to the Rook Islands to expand his business, consisting of running a slave and drug ring. Due to this, he hired and brought the Privateers as his main security defense for his business from the local rebel force and Rakyat tribes. They can be distinguished by their yellow clothing and armor, compared to Vaas' red and black pirates.

The Privateers take the Pirates' positions as enemy faction once the player reaches the Southern Island of the Rook Islands, which is Hoyt's main trafficking post, also with them being tougher to take down, but once the player acquires the Privateer recruit uniform, they will only attack if provoked.

During the events of Far Cry 3, Jason Brody had infiltrated a Privateer recruitment center and stole a recruits uniform. After meeting Hoyt, Jason met Sam Becker. An undercover C.I.A operative for Willis Huntley and one of Hoyt's top-ranking Privateers. After Jason is forced to torture his own brother on hopes of not breaking his cover, he pledges to him that he will destroy both Hoyt and his organization. After Brody and Becker cut his communication center and destroy his supply lines, Hoyt becomes furious as to who is wrecking his resources. But when it clicks to Hoyt, he invites Sam and Jason to a poker game in his compound as an attempt to kill them, but little does he know that they were planning to kill them too. Once Sam looses the first game, Hoyt stabs him in the throat, killing him instantly, and mutilating Jason by cutting off his ring finger. After Hoyt was killed by Jason in revenge for Sam, Jason realities what Hoyt had just told him during their fight, Hoyt was going to sell Jason's brother, and was at one of the Privateers air-strips prepping to be sold to one of Hoyt's clients in Yemen. After a chase through the Rook islands evading the privateers, Jason finds his brother and flee on one of Hoyt's personal helicopters shooting down the remains of Hoyt's security forces.

Little is known about what happened to the remaining Privateers on the Rook islands following the escape of Jason Brody and his brother, and the death of Hoyt and Sam Becker. It is assumed that they were either killed by the local Rakyat and Rebel tribes, or they might've been arrested by a new Rook Islander government. 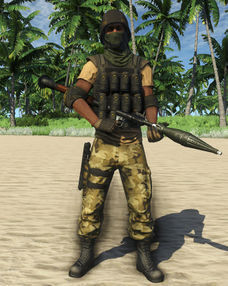 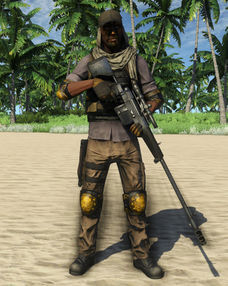 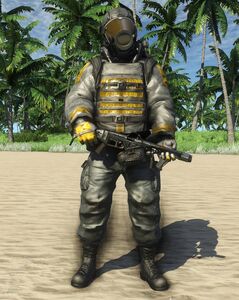 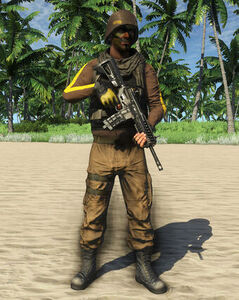 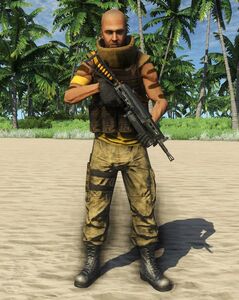 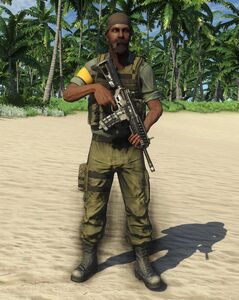 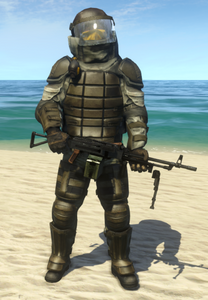 Privateer Heavy Gunners
Add a photo to this gallery

Retrieved from "https://villains.fandom.com/wiki/Hoyt%27s_Privateers?oldid=4125787"
Community content is available under CC-BY-SA unless otherwise noted.