The Tyrant
Demon (by Dennis Rogers)

Leader of the Privateers
Drug Kingpin

Kill the pirate captain and usurp his position as leader of the consortium (succeeded).
Run the largest slave and drug ring in the South Pacific (succeeded for some time).
Kill the defecting Privateers after he found out who they were. (most likely succeeded).
Root out the people sabotaging and destroying his organization, and most likely kill them after.
Kill Sam Becker for betraying him with Jason Brody (both succeeded).
Sell Riley Brody as a slave and kill Jason Brody (failed).

Hoyt Volker is the main antagonist of the video game Far Cry 3. He runs the biggest slave trading system in the Southern Pacific, and he is the tyrant of the South Island of the Rook Islands. Compared to Vaas, Hoyt is a "demon". He is also the leader of the Privateers.

He was voiced by Steve Cumyn.

Hoyt is a very sadistic and mentally unstable man and, according to Dennis, he's the "source of evil" on the islands. He has a bloodthirsty army of Privateers and appears to not cope with rule breaking and goes as far as burning people alive in a cage and making other Recruits watch. One of his top men is Sam Becker.

Hoyt was born during the Apartheid era in Johannesburg, South Africa sometime in 1967. His father was a diamond miner who frequently abused Hoyt, which ultimately led to him believing he can prove to himself that he was better than his father. This also led to Hoyt allegedly and vengefully killing his own father and he became a member of a pirate and drug dealer consortium. He also apparently usurped the pirate boss' leadership by allying with the rest of the pirates and violently murdering the pirate leader in front of his family.

Hoyt discovered a dangerous archipelago near Indonesia called Rook Islands, where he became the leader of the Privateers mercenary faction. He also encountered a Rakyat warrior named Vaas Montenegro and lured him away with money and drugs, which Vaas became addicted to. Vaas then became the leader of a faction of pirates and helped Hoyt in selling drugs overseas or capturing people for ransom. The latter also encountered an Australian hitman named Buck Hughes, who would kill people for the psychopathic kingpin.

He appears in the beginning of the game, telling Vaas to take care of the rejects, then walks away, then after Jason sees him with Riley in a hallucination. After Jason meets Willis Huntley, he sends Jason to burn his marijuana crops with a flamethrower, then Willis shows Jason that he's become "popular" by showing him of recording of Hoyt talking with Vaas, after Vaas tells him he doesn't care. then Hoyt, in his anger, threatens to implant Vaas's head on his car, but then immediately calms down afterwards. Hoyt then later goes to Beras Town with his Privateers and holds three men hostage, then he makes them all run through a mine field or be shot, two of them were killed and one of them survived. Hoyt also has a hit-man named Buck, who buys Jason's friend, Keith, and, after Jason saves Keith, Keith tells him that Riley has been "killed" by Hoyt.

Jason swears to avenge Riley, then after Jason killed Vaas, the alliance between Vaas's Pirates and Hoyt's Privateers is broken. Then Jason goes to the South Island to kill Hoyt, and allies with Willis's undercover agent, Sam Becker. Jason becomes a privateer recruit by stealing Foster's uniform. After doing some work, Hoyt is talking with Jason and tells him to torture the prisoner who is Riley, and Hoyt finds out that "Foster" is Jason Brody, by a video that Hoyt found of Jason, but does not speak of it until the Poker game which Jason and Sam are invited to. After Jason and Sam destroy Hoyt's Phones and Fuel Depots, they enter his compound for the Poker Game, after Jason and Sam show their cards, Hoyt stabs Sam in the throat, and then later cuts off Jason's Finger, then they engage in a knife fight and then Jason stabs Hoyt in the side chest and neck, or the neck and head (depending on the player's action) which kills him, which leaves Hoyt's organization destroyed.

Hoyt considers himself a businessman despite his brutal nature and unethical "business" which is actually a slave ring across the terraqueous globe and one of the largest marijuana crops in the world. He is monumentally respectable for his line of work claiming that it was his "pride and joy" and in his eyes the company was God. Hoyt is a vicious, violent, mentally unstable, unpredictable, and destructive tyrant across the island, he commands his Privateers with an iron fist and with fear, burning a man alive when he broke one of his three rules during an orientation and threatening to decapitate Vaas and plant his head on his car because he failed to kill Jason Brody. Hoyt is a man of the simpler things in life, such as smoking Cohiba cigars and listening to orchestra. He also possesses a fondness for poker which he is quite skilled at.

Hoyt is quite vituperative and crude at times, he will even make jokes when he had just killed someone such as listening to "Ride of the Valkyries" while blowing up a boat full of hostages and after stabbing Sam Becker in the throat during a poker game he remarked "looks like he's sitting this round out." After lacerating Jason's ring finger mocks "Jason, now we'll never be married.". During a knife fight with Jason he decides to provoke him by saying that he sold his younger brother Riley to a special client in Yemen who "likes them young."

Hoyt is also completely insane and psychopathic (even more so than Vaas according to Dennis), but also extremely manipulative, intelligent, and deceitful. Single-handedly, he was able to mastermind his slave ring across the entire South Pacific and root out any traitors in his army of Privateers. Hoyt also was able to realize that "Foster" was actually Jason Brody and tried to test his limits by forcing him to torture his own bother. However, he is also arrogant, smug, mocking, contemptuous, and taunting. He was also able to realize that he did underestimate Jason however he couldn't learn from it as after Jason had already destroyed half of his organization.

Hoyt is also disrespectful and sadistic for the native Rakyats, he describes them as "savages" and killed any of his own men who aligned himself with the natives. He is a man of exempt brutality, blowing up an entire ship of hostages because the dealer wouldn't negotiate outside country lines, burning a man alive when he broke his company rules and severed Jason's ring finger when he lost a hand of poker. 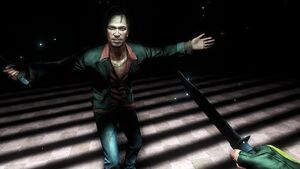 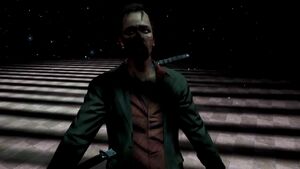