Member of the Red Dragon Clan

Demon ruler of the Netherrealm (in his MKA ending)

Completing missions for the Red Dragon.

Hsu Hao is a member of the Red Dragon Clan, and an antagonist in the Mortal Kombat series of fighting games.

Hsu Hao first works as a mole within the Special Forces Outerworld Investigation Agency taking down the Black Dragon seemingly for good. When instructed by Mavado, Hsu Hao uses an Ion Pulse nuclear bomb to obliterate the agency's headquarters and with it, their means of portal transportation. After escaping to Outworld, Mavado congratulates Hsu Hao on his successful bombing mission. Then Hsu Hao gets a new mission; As Shang Tsung is allying with the two Oni demons Moloch and Drahmin, Hsu Hao was to hunt down and kill Shang Tsung before the Oni got to Quan Chi. On his way to Shang Tsung's Palace however, Jax catches Hsu Hao by surprise and kills him by ripping out Hsu Hao's vital chest implant.

Hsu Hao is extremely loyal to his superior, Mavado, and the Red Dragon Clan, as he is perfectly able to carry out orders without any hesitation.

He has proven to be extremely crafty, deceptive, surreptitious, and manipulative, during his time infiltrating the Special Forces.

In his Armageddon ending, he becomes his true self: a demon void of any emotion and desolation.

Hsu Hao is a skilled fighter and is capable of slamming his hands together to generate a shockwave. He can also jump into the air and stomp on the opponent, slam his fist into the ground to generate a destructive fireball, and fire a powerful laser from the cyborg implants on his chest. 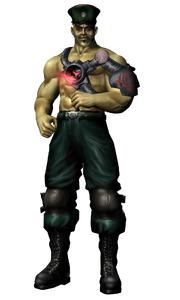 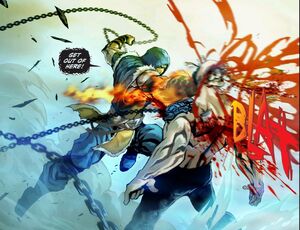 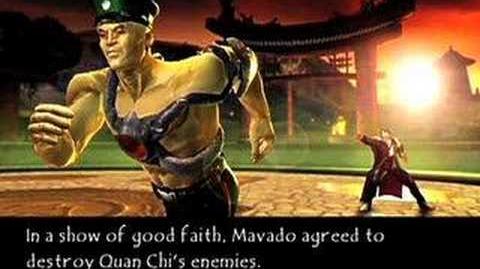