Profit from his lies.

Traitorous Scientist
Huey Emmerich is a supporting character from Metal Gear Solid: Peace Walker, and one of the two secondary antagonists in Metal Gear Solid V: The Phantom Pain.

He was voiced by Christopher Randolph, who also voices his son.

Huey is seen is a photograph with Aleksandr Leonovitch Granin.

He was a mechanical engineer responsible for developing bipedal locomotion technology for the Peace Walker Project in 1974, later he joined Big Boss's side and he offers his support to him.

Huey reported to Big Boss that everything was going smoothly with the inspection around the time of a forced abdominal surgery practiced to remove a bomb planted inside Paz's body. However, the inspection resulted in Mother Base being attacked by Cipher's elite strike force XOF, forcing Huey to escape.

He served as the chief engineer of Metal Gear Sahelanthropus in 1984. he joined the Diamond Dogs, but Huey would later end up causing the vocal cord parasites on Mother Base to mutate, thus forcing Snake to kill all infected Diamond Dog mercenaries. After finding out about Huey's role in the disaster, including causing the wolbachia to mutate in order to test a new parasite he intended sell to Cipher, as well as for all of his previous crimes against MSF, Diamond Dogs and Strangelove, Miller and the remaining survivors all called for Huey's execution; however, Snake decided that Huey was instead to be exiled from Mother Base via life raft. As the raft was being lowered, Huey ranted that he was innocent, the Diamond Dogs were the real murderers, and Venom Snake was the one who should have exiled. Due to his exoskeleton legs nearly causing the raft to sink, Huey was forced to discard them, leaving him unable to walk again.

Huey survived his exile, and managed to make it back to civilization, where he would reunite with his son at some point. Later in life, he married British native, Julie Danziger. In 1997, Huey discovered that his second wife had been having an affair with his son Hal, and drowned in the family pool, nearly taking his stepdaughter, Emma, with him. Hal claims it was a suicide, but it’s entirely possible Huey had attempted to murder his wife’s daughter in a fit of rage. 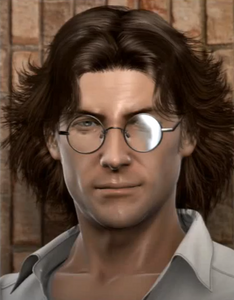 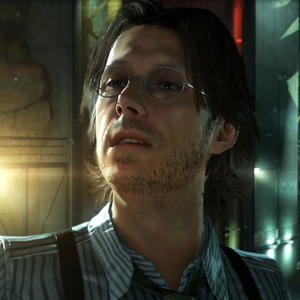 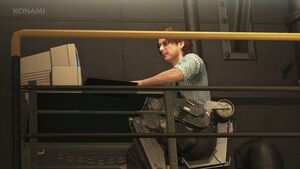 Huey in his private lab. 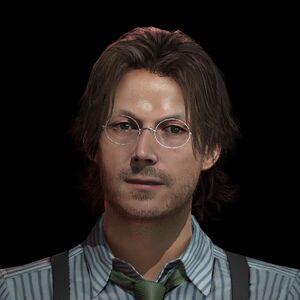 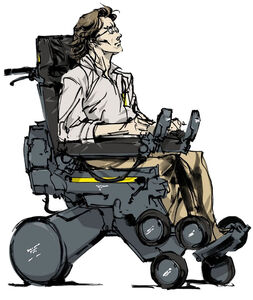 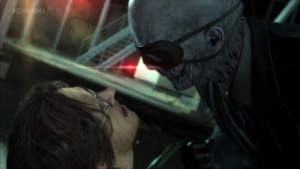