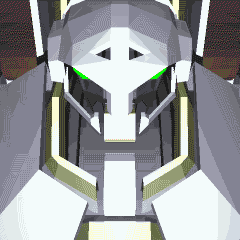 Huge Boss is a robotic alien entity who seeks to take over Earth and destroy humanity. He steals a time-travelling machine created in 3195, intending on use it to travel back in time and change mankind's history. Seven people from different eras, seeking to save the world, wanting revenge on Huge Boss or just mercenaries, decide to pursue the villain to stop him.

Add a photo to this gallery
Retrieved from "https://villains.fandom.com/wiki/Huge_Boss?oldid=3906800"
Community content is available under CC-BY-SA unless otherwise noted.