Humongous Chicken is an antagonist in The Adventures of Elmo in Grouchland, who pestered Elmo as he tries to get to Huxley's castle to retrieve his stolen blanket.

Humongous Chicken was sent by Huxley to defeat Elmo and mistakes Elmo for a worm. However, upon hearing Elmo sing "I'm a Little Teapot" to prove that he isn't a worm, the Humongous Chicken then thinks that Elmo is a teapot and declares that he can't have tea. He hasn't had his din-din yet and then tosses Elmo off the tree branch. 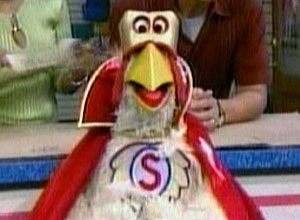 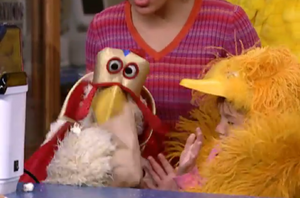 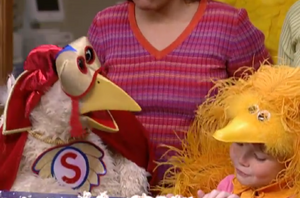 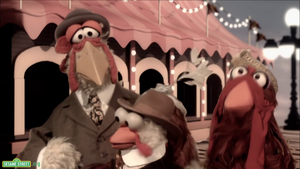 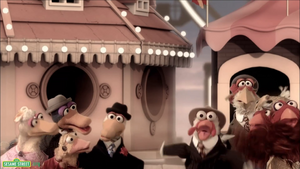 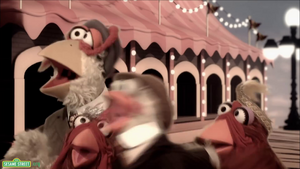 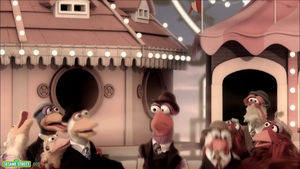 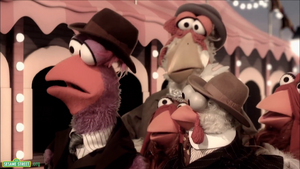 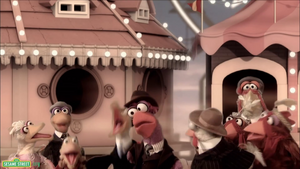 Humongous Chicken seen on the bottom of the channel's banner for YouTube. Note that it is almost opaque with mint coloring. 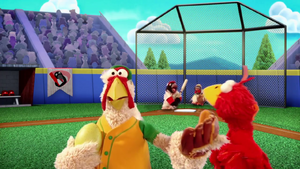 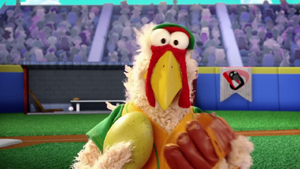 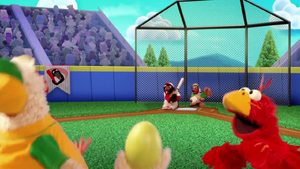 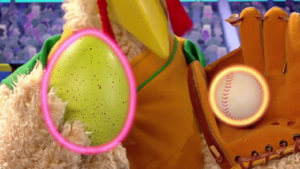 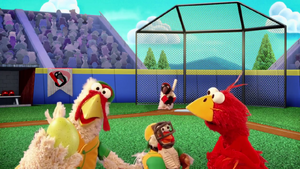 Retrieved from "https://villains.fandom.com/wiki/Humongous_Chicken?oldid=3274120"
Community content is available under CC-BY-SA unless otherwise noted.