Somewhere between the 4th and 6th century

The Hun Army, also known as the Huns, is the main antagonistic faction of Disney's 36th full-length animated feature film Mulan. They are led by Shan Yu.

The Huns are first seen with Shan Yu in the burning down of a village. There, the Huns capture two scouts from the emperor who they use one to warn the emperor and kills the other. They then decide to go through the Tung-Shao pass to invade the emperors city.

In their invasion, the Hun Army later eliminated General Li and his troops in another battle (though it was never seen onscreen). They also destroyed the whole village killing everyone in the village. They then went hiding out in the pass, probably to ambush other Chinese armies. Soon, an accidental cannon explosion by Mushu caused some of the Huns to ambush the army. The Huns were defeated by the cannons of the Chinese army, but it turns out that most of them survived and attacked the army. However, Mulan used the last cannon to cause an avalanche.

Most of the Huns died out in an avalanche along with their horses while they were pursuing Mulan, Shang, Yao, Ling, Chien Po, and the other soldiers. However, Shan Yu and Elite Hun Soldiers managed to survive, breaking out of the snow and heading to China to capture the Emperor. However, before they can kill him, Mulan, along with Shang and Yao, Ling, and Chen Po, managed to defeat the remaining Huns and rescue the emperor. It is unknown what has happened to them after their plan was unsuccessful. 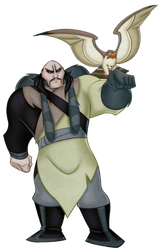 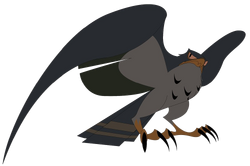 Zhenchen and Bao chasing Lone Chinese Guard.
Add a photo to this gallery

Retrieved from "https://villains.fandom.com/wiki/Hun_Army?oldid=4140464"
Community content is available under CC-BY-SA unless otherwise noted.