Kill Babar and all animals of the jungle (failed).

However, in the book that was based on the show, he was only a minor antagonist and vanishes from the story completely after killing Babar's mother.

The Hunter is a middle aged man, with tan skin, a blackish mustache, and a safari outfit and sun hat.

He wields a hammerless side-by-side double-barreled shotgun that has a single selective trigger that fires both barrels. However, in Babar: King of the Elephants, it has double triggers, each firing one barrel.

The Hunter is highly skilled in hunting for elephants.

In the first episode, the Hunter appears targeting the elephants while they are drinking from a jungle watering hole. He shoots at the group, hitting Babar's mother. She fought against the Hunter as the others escaped until she succumbed to her wound. Afterwards, the Hunter attacked the herd again and killed another elephant, but was thwarted when Babar distracted him to avenge his mother. While this allowed the herd to run away, it also caused Babar to be separated and found himself in the city.

In Episodes 3 and 4, the Hunter leads a group of other hunters to kill Babar and his friends. The elephants plan a stampede only to be caught in a trap. Fortunately, Babar frees them and tricks the Hunter into falling off a cliff into the river.

In Episode 5, despite knowing of the animals' sentience seeing them build a civilization, the Hunter and his associates attack the rhino village and take them as prisoners to his hut, knowing the elephants will come to rescue them. When the elephants try to make peace with the Hunter, he shoots their white flag. That night, when Babar and friends sneak into the hunters' hut to rescue the rhinos, the Hunter starts a fire to burn down the jungle and all of its inhabitants. However, it quickly reaches the hunters' hut. While his henchmen run away in fear, the Hunter demands them to come back. Enraged, the Hunter screams his vow to destroy all of the animals in the jungle before being engulfed and dies from fire, Babar now has avenged his mother's death and the hunter now has been punished for all what he done, his victims finally rest in peace now.

Following his death, Babar has developed PTSD after the events of of the first five episodes, but Babar thankfully made a quick recovery from it. 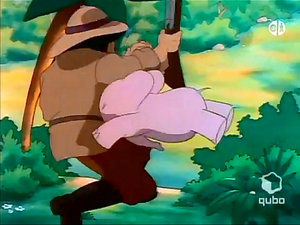 The Hunter being hit by Babar. 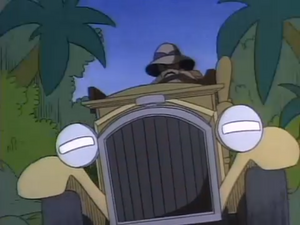 The Hunter chasing after Babar in his jeep. 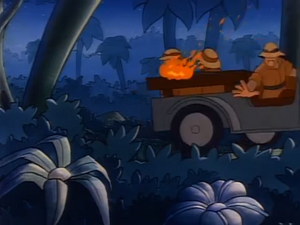 The Hunter starting a forest fire by throwing a torch at plants. 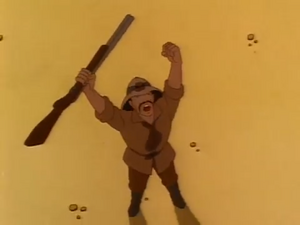 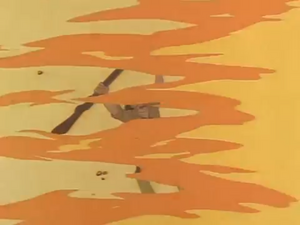 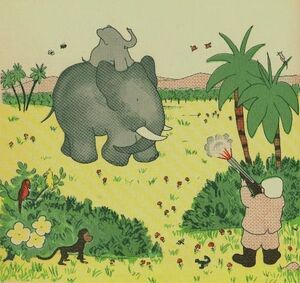 The hunter in the novel. 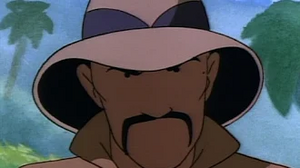 A close up of his face.
Add a photo to this gallery

Retrieved from "https://villains.fandom.com/wiki/Hunter_(Babar)?oldid=4388957"
Community content is available under CC-BY-SA unless otherwise noted.