The Poacher
The Trapper
Rugged Outdoorsman

Kill Benji for trying to steal his prey (failed).

The Hunter is the secondary antagonist of Joe Camp's 1987 drama film Benji the Hunted by Disney. He is a rugged outdoorsman who kills the Cougar cubs' mother and wants to kill Benji for trying to steal his prey. The Hunter is shown to be cruel, heartless, murderous, sadistic and greedy. The Hunter is a slender tall man with brown hair. He wears a red shirt with stripes, blue pants, black shoes, and a tan vest.

He was portrayed by Red Steagall.

The Hunter is first seen when he shoots down a cougar. Benji attempts to comfort the dying animal, but he is chased away by the Hunter, who then retrieves the dead cat and marches off with her draped over his shoulders. Benji subsequently encounters four orphaned cougar cubs, belonging to the killed cougar, and he attempts to shield them from predation.

Benji then finds a cabin where a quail is being cooked over an open fire. When the Hunter takes the cooked bird inside, Benji spies two additional dead quails hanging on a line nearby. He grabs one of the birds and drags its body back to the den for the cubs.

Benji returns to the cabin to get the other dead quail, but the Hunter catches him and ties him up. Reading Benji's collar, the Hunter remembers there is a reward for the dog's rescue and plans to kill him. When the Hunter goes inside, Benji tugs at the rope, trying to break free. Just then, a black timber wolf growls at Benji. When the Hunter comes outside, the wolf runs away. As Benji paces the area as far as the rope will allow, the wolf comes back and Benji makes a commotion. The Hunter comes outside to see about the noise, scaring the wolf away. The Hunter briefly unties Benji while trying to unravel his rope. Benji grabs the other dead quail in his mouth and runs back to the cubs. 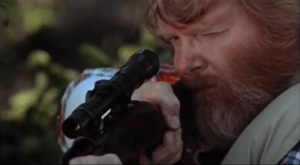 The Hunter aiming at the cougar 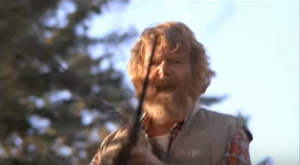 The Hunter shooing Benji away from the cougar he shot 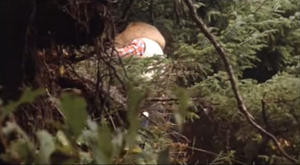 The Hunter carrying the cougar he shot 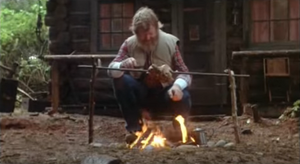 The Hunter cooking a dead quail 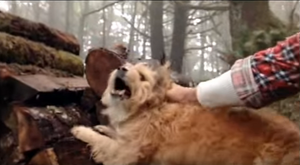 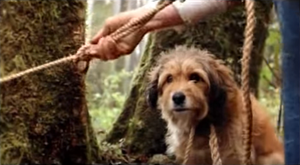 The Hunter tying Benji to a tree 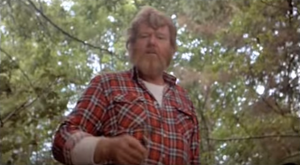 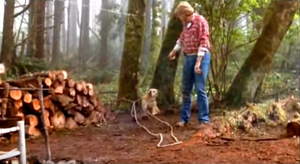 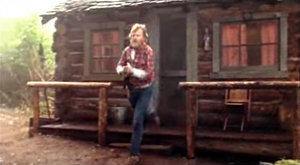 The Hunter rushing out the shoot at the Timber Wolf 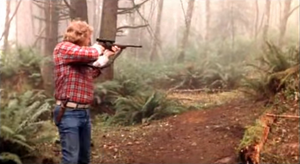 The Hunter about to shoot the Timber Wolf... 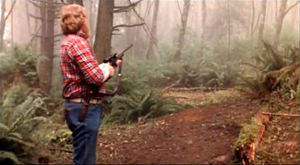 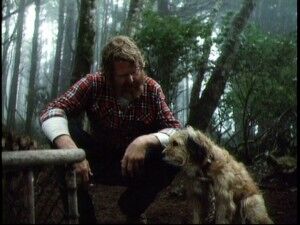 The Hunter before untying Benji 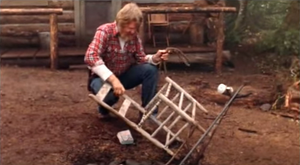 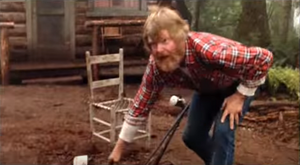 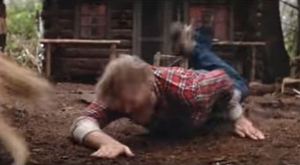 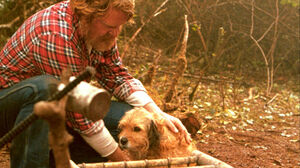 The Hunter and Benji 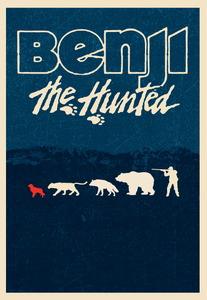 The Hunter on the poster
Add a photo to this gallery

Retrieved from "https://villains.fandom.com/wiki/Hunter_(Benji)?oldid=3814054"
Community content is available under CC-BY-SA unless otherwise noted.