Killing for sport.
Writing down enemy skills in his Notebook.
Taunting weaker opponents.

Ensure the Knight hunts every enemy in Hallownest.

The Hunter is a supporting antagonist in Hollow Knight. He is a mighty warrior of Hallownest obsessed with combat, hunting the other bugs for his amusement, and attempts to make the Knight a successful killer like he is.

Dreaded by all bugs of Hallownest, the Hunter is a brutal force at best. He is extremely aggressive and ferocious in combat, showing no mercy to any opponent he attempts to hunt. He is willing to slaughter every single thing that stands in his way, regardless of their morality, or even if they are hostile from the Infection or not. He is also shown to be hypocritical given some of his Hunter's logs. For example, he finds maggots, the weakest members of Hallownest, helpless and better off served as food for others. He also dislikes the Dung Defender's view of honor in guarding his dung, saying that he should as well be fighting dust.

However, he is far from pure evil, granted that he encourages the Knight and helps them in becoming the most powerful warrior. While he also hunts non-infected bugs, he finds extremely weak enemies (such as Zote) too pathetic to hunt.

The Knight encounters the Hunter in his den in Greenpath. Instead of the Hunter lunging out and killing them, he senses that they too are a hunter. He praises their enthusiasm and decides to test their hunting skills by handing the Knight his notebook, and tells them to seek out and decipher his notes by hunting a certain number of every enemy and defeating all bosses (excluding The Radiance) in the game.

Once all entries are filled out and deciphered in the Hunter's Notebook, the Hunter is eager to show off his reward to the Knight. The floor breaks down, the Hunter shows his entire body and roars; the battle theme starts, but instead of facing the Knight in combat, the Hunter gives them his treasure, the Hunter's Mark. The Hunter then congrats the Knight in becoming the best hunter, and mentions how he has nothing left to give them. His Dream Nail dialogue questions if the Knight will become strong enough to attempt to hunt him down as well, but hopes they will try. 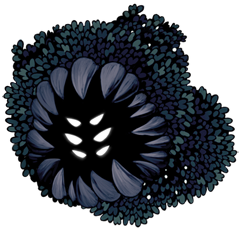 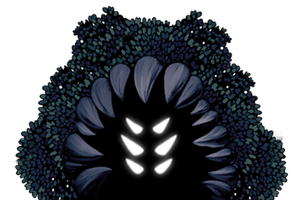 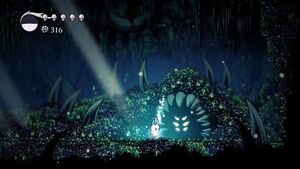 The Knight meeting the Hunter in Greenpath. 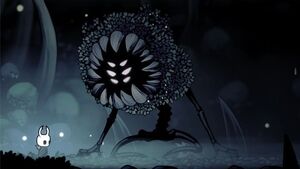 The Hunter's full body.
Add a photo to this gallery

Retrieved from "https://villains.fandom.com/wiki/Hunter_(Hollow_Knight)?oldid=4202672"
Community content is available under CC-BY-SA unless otherwise noted.