Taking photos to get popular.

Hunter De Vil is the chief antagonist in 101 Dalmatian Street, serving as the main antagonist in Season 1. He is the great grandnephew of Cruella De Vil with a fascination for Dalmatians. He works as a photographer and is planning to hunt down the Dalmatian family in his family's name. He is assisted by his cat, Cuddles and the former archenemy of Dylan and Dolly.

He is voiced by Joshua LeClair.

Hunter is a young boy with light-blond hair that has a curly tuft on top, a red jacket over a white shirt with a black tie, black pants, black fingerless gloves, and red tennis shoes.

In "Dog's Best Friend", Dizzy and Dee Dee were searching for a human to adopt at "the pet shop" (a coffee shop). Upon seeing Hunter, who was relaxing & drinking juice before deciding to trip the waiter as part of a cruel prank and laughing at him, both pups could sense something off about him and wisely decided he would not make a good pet.

He is seen in "Girls Day Out", hiding up post, when the Camden residents mistake Delilah and Dolly as hyenas.

He appears in "The Woof Factor", where he is seen pushing his way to the front of the crowd of Triple - D's fans. He tries to get past the velvet rope, but security keeps him back.

He makes a prominent appearance in "The Nose Job", where he is seen to revealed to be the mastermind behind the vandalizing of the park. It is also revealed that he has a hairless cat called Cuddles, whom he is sending out to record footage of the Dalmatians.

In "A Date with Destiny...Dallas and Déjà Vu", Hunter is talking to someone on the phone about making sure her won the competition that lets him hang around Triple-D in the studio just to get a hair sample to see if it matches Pongo and Perdita's DNA.

In "Doggy Da Vinci", he begins seeing Da Vinci's art trending on the Internet, and is able to deduce it's one of the Dalmatians. He and Cuddles search for Da Vinci, and the events of the Episode lead to Hunter learning where the Dalmatians live.

In "London, We Have a Problem", Hunter befriends Dylan with their shared love for space. But it was part of his plan to be allowed into the Dalmatians' home, where he proceeded to kidnap the puppies, save for Dylan and Dolly. When the puppies were rescued, Hunter ended up in the shipping container meant for them and called his great-aunt Cruella to get him out. 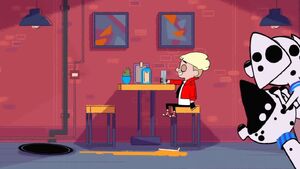 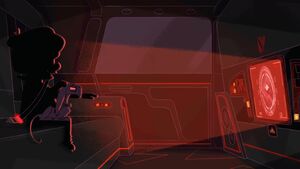 Hunter congratulating Cuddles for finding the Dalmatian family he spied on 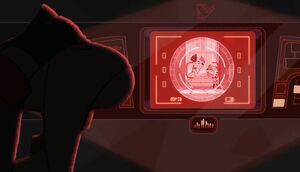 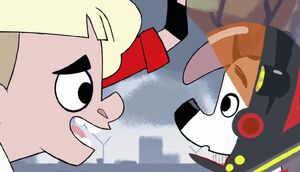 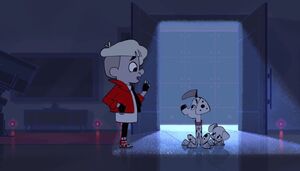 Hunter lying to Dlyan that Dorothy fallowed him 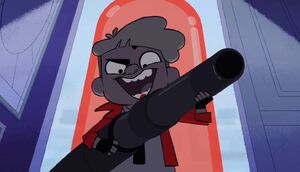 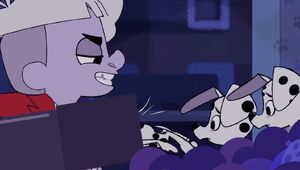 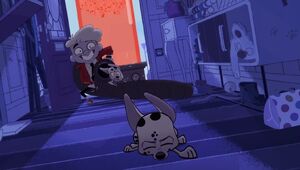 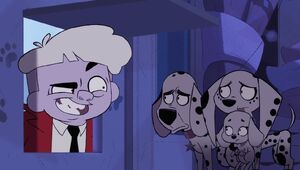 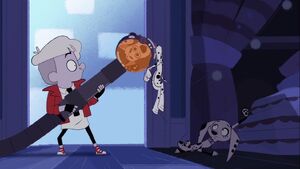 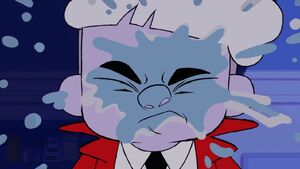 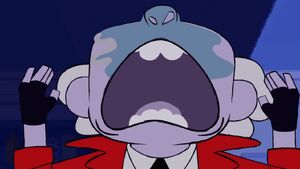 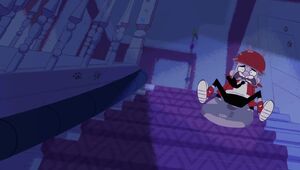 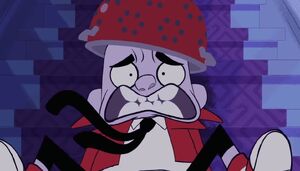 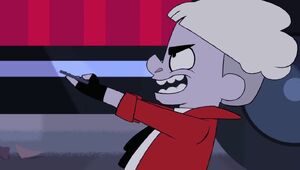 Hunter presses button to board the puppies into a shipping container. 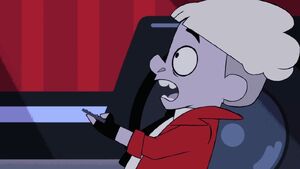 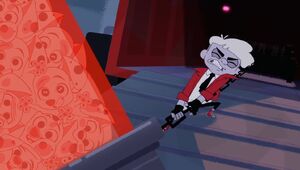 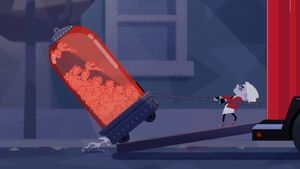 Hunter tries to stop the dalmatian puppies from escaping 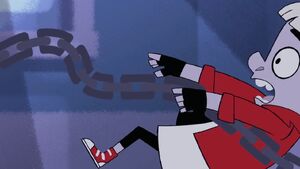 Hunter fails as the chain snaps 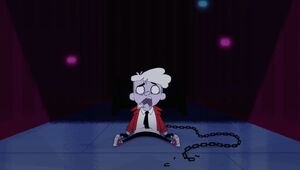 "NOOOO! MY PUPPIES!!"
Add a photo to this gallery

Retrieved from "https://villains.fandom.com/wiki/Hunter_De_Vil?oldid=3886058"
Community content is available under CC-BY-SA unless otherwise noted.