Ziro the Hutt
Graballa the Hutt
Gardulla the Elder
The Twins

Constantly seeking for ever greater power and influence.

Seek to expand the boundaries of their dominion and the holdings of their individual clans.

The Hutts are supporting antagonists in the Star Wars universe.

They are galatic large slug-like gangsters who rule vast amounts of criminal empires.

The Hutts are rotund gastropods with their pudgy fingers deep in the criminal activities throughout the galaxy. They are so influential that they control the commerce on entire worlds scattered throughout the Outer Rim and elsewhere. One prominent member of this loathsome species was Jabba the Hutt, who operated from a dank palace on Tatooine. Hutts are about three meters long and have thick, oily skin. Two short, stunted arms protrude from their upper bodies. They have wide mouths and small yellow or red eyes.

From the Expanded Universe

According to Hutt legend, the Hutts hail from the pockmarked and wasteland planet of Varl, and have survived incredible cataclysm to evolve into their current elevated status of "near-gods." The ancient legends say that Varl was once illuminated by two suns, the gods Evona and Ardos. Evona was lured into a black hole, and Ardos erupted in anger, expelling its gaseous shell, destroying all of Varl's sister-planets. But through all this, the Hutts survived.While this story have generally been discounted as Hutt puffery, this much is true: there is evidence that Varl was once a green, lush world, and aside from a lot of asteroids, only Varl now circles the white dwarf of Ardos. Other theories postulate that the Hutts themselves destroyed Varl in some ancient conflict.

After the destruction of Varl, the Hutts migrated to other worlds. They are one of the oldest starfaring species in the galaxy, and they have carved out a sizable province known as Hutt Space. The key Hutt world is now Nal Hutta (which translates to "Glorious Jewel" in Huttese). This verdant though polluted world is orbited by the city-covered smuggler's moon of Nar Shaddaa.

The Hutts are a hodgepodge of evolutionary traits. Like annelids, they are hermaphroditic, containing both male and female sex organs. Hutts are generally considered male unless they are pregnant, at which point they are referred to as female. Like marsupial mammals, Hutts nurse their young Huttlets in special brood pouches. Like aquatic sea mammals, Hutts are able to seal their slit-like nostrils, and Hutts can hold their breaths for significant lengths of time. Like serpents, Hutts can open their jaws to incredible widths, allowing them to swallow almost anything.

Hutts most closely resemble gastropods, moving about on a single, giant foot. They have no skeleton, instead relying on an internal mantle that supports and shapes the head, while a specialized radula deep in the throat shreds food in preparation for digestion. The Hutt's greatest defense is its thick skin of blubber and muscle, which is protected by mucus and oily sweat.

When Hutts are born, they weigh less than 100 grams. After birth, the tiny blind creature claws its way instinctively towards the brood pouch. Inside the pouch, the Huttlet feeds on milk, and stays in there for a remarkable 50 standard years. When emerging from the pouch, these Hutts weigh up to 70 kilograms, and measure a meter from head to tail, but only have the intelligence of a ten-year old human. Hutts mature to adulthood at 130 years, at which time they are 500 kilograms, and about the height of an average adult human. Hutts are some of the longest lived species in the galaxy, some of them living at least 1,000 standard years. Jabba the Hutt was about 600 years old, and weighed about 1,000 kilograms.

Despite their criminal ventures, repugnant appearance and immoral indulgences, the Hutts are a proud species. History records that it was the Hutts, millennia ago, before the dawn of the Republic, who brought to an end the scourge of Xim the Despot. From that time, the Hutts have set themselves up as masters of criminal empires.

From time to time in galactic history there were honorable Hutts who defied the typical Hutt stereotypes. One such Hutt was Blotus, who served as Supreme Chancellor of the Republic for 275 years about 9,000 years before the Battle of Yavin. A highly honorable being, he was later seen by the citizens of the Republic as one of the best Chancellors the Republic ever had.

The bloated gangster known as Jabba the Hutt was an immense puppet constructed for Return of the Jedi. As most dedicated fans know, Jabba was intended to appear in 1977's A New Hope, but the effects for the sequence were never completed.As George Lucas recounted in 1983, "The original idea was that he'd be a monster. But then we couldn't make him a monster, so we cast him as a human. I was going to superimpose or matte in a monster over the actor. I asked Fox for extra money for more creatures in the cantina, to shoot some more stuff in the desert, and also to do this bluescreen Jabba to fit that scene. I needed about $80,000 to do it all, and Fox said: 'We'll give you 40.'"

Unable to complete the Hutt in 1977, Lucas got a second chance for Return of the Jedi. Creature Design Supervisor Phil Tippett and his crew developed a number of preliminary maquettes. The first was too worm-like, looking like a bloated queen termite. The second one was two humanoid. The third captured Jabba perfectly.

For the Special Edition of A New Hope, and The Phantom Menace, Jabba was realized as computer generated creation. Phantom also showed the first onscreen appearance of a second Hutt, the ghastly Gardulla, former owner of Anakin and Shmi Skywalker. 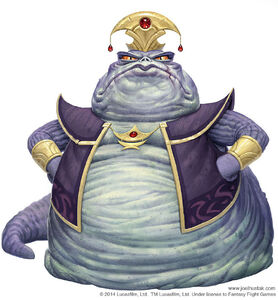 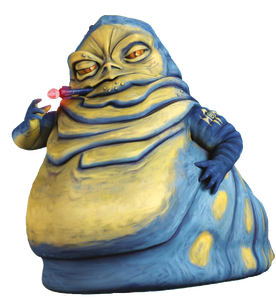 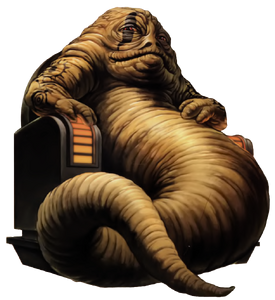 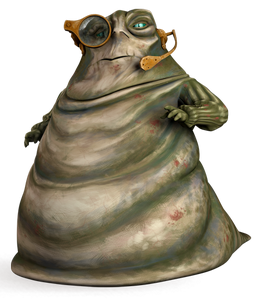 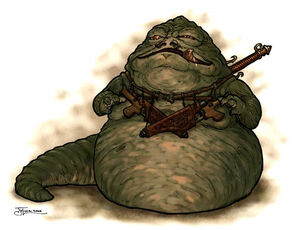 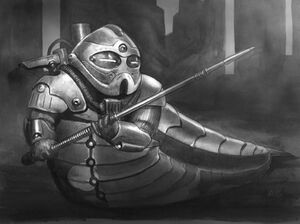 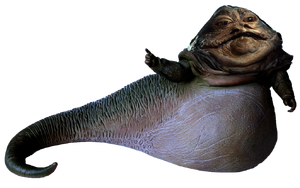 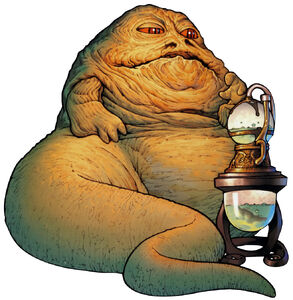 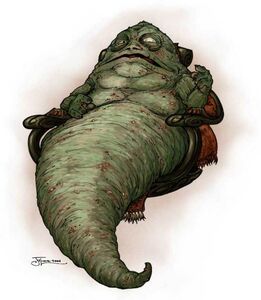 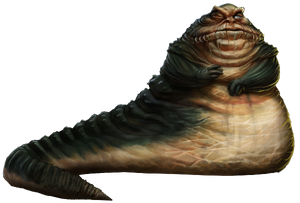 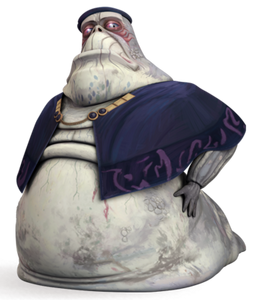 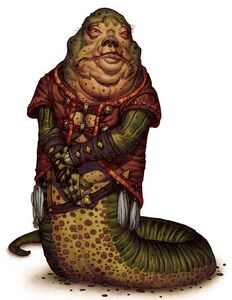 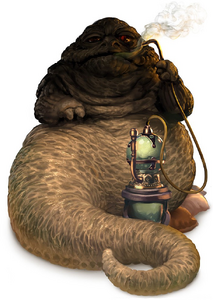 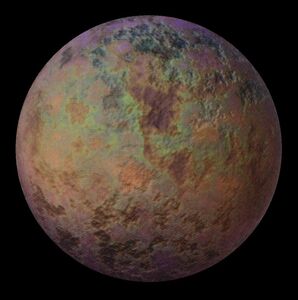 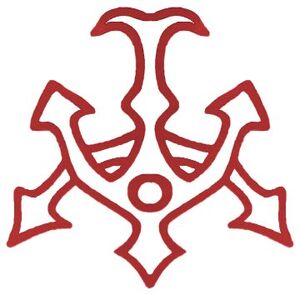