Take revenge on S.H.I.E.L.D. for transforming her into mutant.

Stay alive as long as possible.

Hybrid is the final antagonist of the The Incredible Hulk 1996 animated series, appearing in the episode "Mission: Incredible".

She was voiced by Dawnn Lewis.

Hybrid was an double agent of S.H.I.E.L.D. and her real name was Diana. She was hurt in an accident after trying to steal some organism that could attach itself to other organisms and became a mutated form of the organism herself, then wanted revenge.

She found that General Thunderbolt Ross was in the hospital. However, she could not get close to him. She possessed a nurse, then she waited until Ross's daughter Betty left the room. When Betty left Hybrid went into the room, left nurse's body, and possessed the general. As Ross, she went to Betty who saw her father waking up. She saw that his eyes were not right and started to fight him. She tried to call Bruce Banner but Hybrid possessed her. As Betty, she contacted Bruce and his cousin She-Hulk, saying that they needed to infiltrate an underwater S.H.I.E.L.D. facility to stop a new weapon that Gabriel Jones was testing. They commandeered a submarine and entered the facility. However, they were captured by Jones. Hybrid understood that it was time to change the body, and by kissing Grey Hulk possessed him. While being kicked out of the base, Gabriel revealed to She-Hulk the story of who Diana was and how did she became like that. Hybrid tried to take control of the base using it as a weapon, trying to overload the power core. Hulk's natural healing combined with his anger forced Hybrid out turning him into Green Hulk. Hybrid tried to possess Betty again, but Hulk punched her into unconsciousness. But she regained consciousness and made her chance to stay alive, when Hulk and She-Hulk were escaping from underwater base, Hybrid came out of base and possessed shark to stay alive and swam away. Her later fate is unknown. 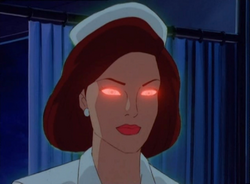 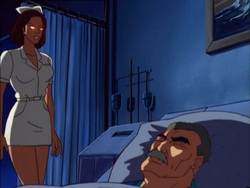 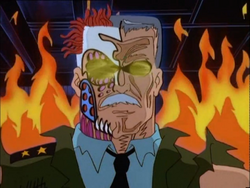 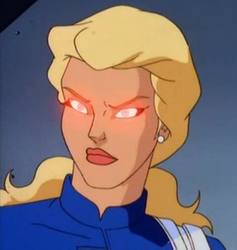 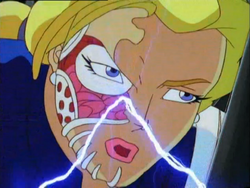 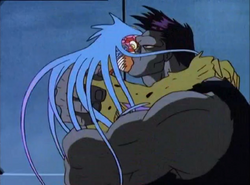 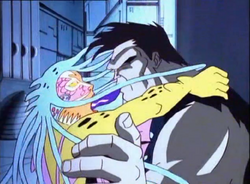 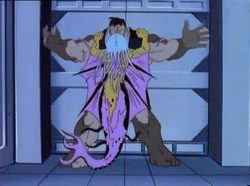 Hybrid about to possess Grey Hulk