The Hydra of Lerna
Lernaean Hydra

The Lernaean Hydra (Greek: Λερναία Ὕδρα, Lernaîa Hýdra), also simply known as the Hydra, was an ancient nameless serpent-like chthonic water beast, with reptilian traits, (as its name evinces) that possessed many heads. The poets mention more heads than the vase-painters could paint, and for each head cut off it grew two more, and poisonous breath so virulent even her tracks were deadly.

In Greek mythology, the Hydra of Lerna was killed by Heracles as the second of his Twelve Labors. Its lair was the lake of Lerna in the Argolid, though archaeology has borne out the myth that the sacred site was older even than the Mycenaean city of Argos since Lerna was the site of the myth of the Danaids. Beneath the waters was an entrance to the Underworld, and the Hydra was its guardian.

The Hydra was the offspring of Typhon and Echidna (Theogony, 313), both of whom were noisome offspring of the earth goddess Gaia. 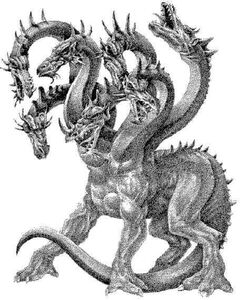 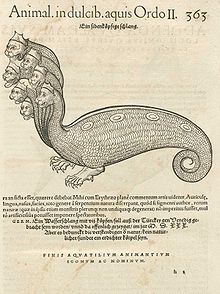 A medieval artwork of the Lernaean Hydra. 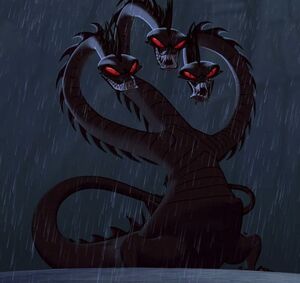 The Hydra in Disney's Hercules. 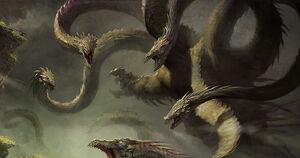 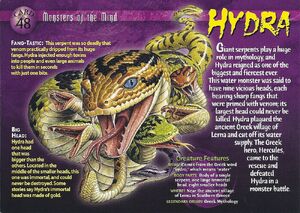 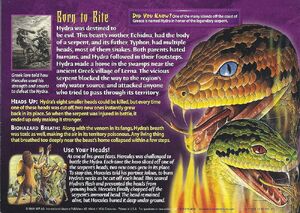 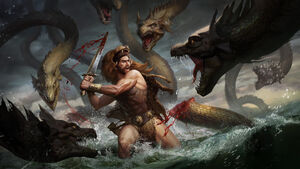