NOTE: This article is about the incarnation of Hydro-Man from the Marvel Cinematic Universe film series. The mainstream version can be found here: Hydro-Man.

Hydro-Man is a major antagonist in the 2019 Marvel film Spider-Man: Far From Home. He is one of the Elementals whose element is water, though it later turns out that he's just an android creation alongside the other Elementals built by Mysterio in the latter's true plot to make himself look like a hero to the public.

Along with the other Elementals (Sandman, Molten Man, Cyclone and the Elemental Fusion), Hydro-Man was created by Mysterio as an android (built by William Ginter Riva) as part of Mysterio's true plot to cement himself as a hero to the public and become the next "Iron Man" due to being fired from Stark Industries for his uncanny behavior.

Following the deaths of Iron Man, Thanos, and the Black Order in 2023, Mysterio claimed to have come from an alternative universe, fighting against the Elementals. As part of Mysterio's plot, Hydro-Man headed over in Venice, Italy, where he ran rampant in the Grand Canal. Peter Parker, who is in vacation with several of his classmates, witnessed the incident before spotting Mysterio arriving to the scene. With a mask to conceal his identity (as he left his Spider-Man suit in his suite), Parker helps Mysterio in luring Hydro-Man away from the canal to a empty town square, where Mysterio uses his 'powers' to 'destroy' the creature, much to the people's delight.

Eventually, Peter soon learned about Mysterio's true plot and that Hydro-Man and the other Elementals were just androids being used as part of the plot, much to his horror and anger. 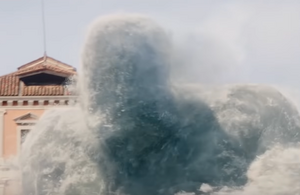 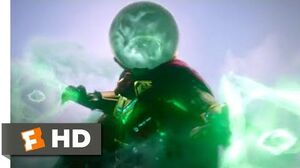 Retrieved from "https://villains.fandom.com/wiki/Hydro-Man_(Marvel_Cinematic_Universe)?oldid=3412660"
Community content is available under CC-BY-SA unless otherwise noted.