Images of the Hyena Clan from the 1994 Disney film The Lion King. 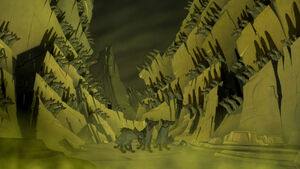 The Full Hyena Clan with Shenzi, Banzai and Ed. 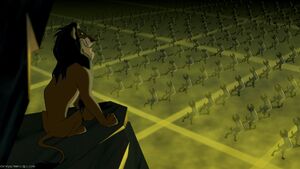 the Hyenas during the song Be Prepared. 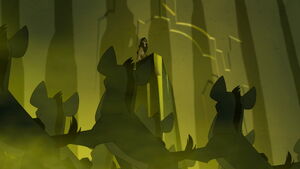 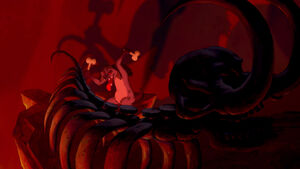 A hyena plays with bones as if playing xylophone. 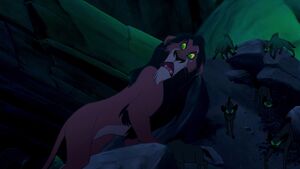 The Hyenas invade the Pride Land. 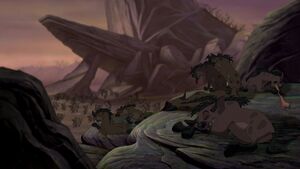 The Hyenas sleep on Pride Land during Scar's reign. 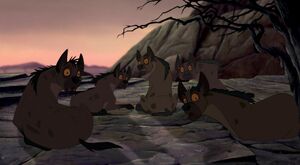 The hyenas distracted by Timon and Pumbaa doing the Hula. 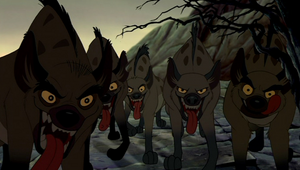 The Hyenas' evil grin, starting to eat Timon and Pumbaa. 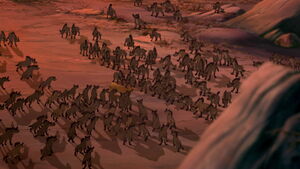 The majority of the Hyenas watch Sabari fiercely under Scar's warning. 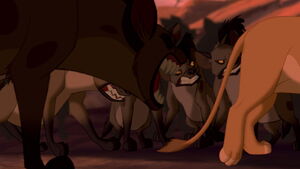 The hyenas barking at Sarabi 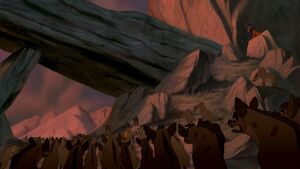 The Hyenas with Scar at the top of Pride Rock. 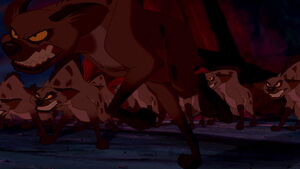 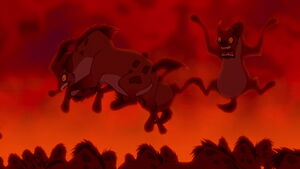 The hyenas attacked by Pumbaa 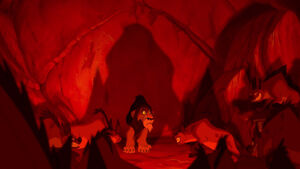 The hyenas prepare to kill Scar for betraying them. 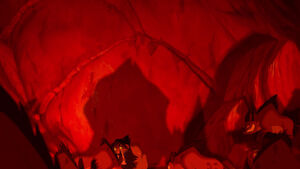 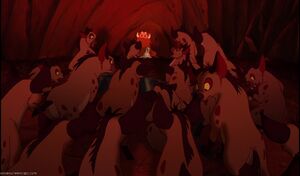 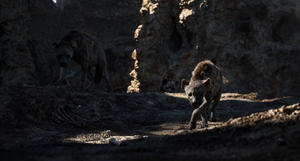 The hyenas in the 2019 Disney film The Lion King. 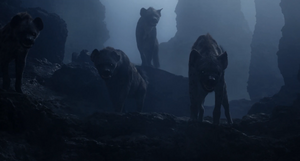 The Hyenas during the night. 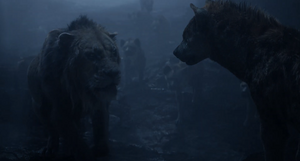 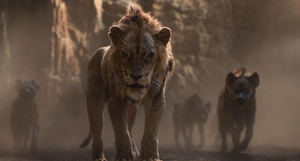 Scar and the hyenas at the Gorge. 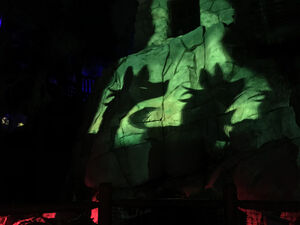 The Hyena Clan in Sorcerers of the Magic Kingdom.
Add a photo to this gallery
Retrieved from "https://villains.fandom.com/wiki/Hyena_Clan/Gallery?oldid=3411191"
Community content is available under CC-BY-SA unless otherwise noted.