Hyper-Hornet is a giant replica of the normal Hornets from the Buzz Lightyear of Star Command cartoon. He is most notable for appearing in the 47th episode titled First Missions.

At the begging of the episode, Mira Nova and Booster Munchapper fighting against the Hornets army. As the fight goes on Mira Nova says that Buzz Lightyear taught her a quote: You never win, if you keep counting the reasons why you will lose. The scene changes into the past of her father watching television, as his daughter and his slaves tell him that he should join the Galactic Community, while he is denying the offer.

Eventually, Buzz Lightyears comes to the story, trying to make him change his decision, because he will get in safety from Zurg, which he took as a joke. It osculated to the point that Zurg actually entered the conversation, with Hyper-Hornet, ordering the Hyper-Hornet to caught her father and take him away.

Once destroyed, they found her father inside of his belly, taking him out, as Zurg comes from behind, hoping that they got defeated, but became extremely angry after realizing he lost. In the end, Mira Nova says her father joined the Galactic Community. 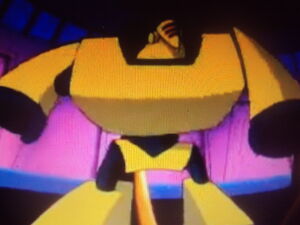