Member of the Genesis Unit

Hyper Storm H, is one of the three members of The Genesis Unit, and an antagonist in Mega Man: The Wily Wars. His design was based on the character Zhu Bajie/Cho Hakkai from Journey to the West. Despite his size, Hyper Storm is the more laid back of the three and prefer to avoid conflict with his brothers.

Hyper Storm is unique in that he has two health bars instead of just one. He uses his breath to either pull the player over him or to push him into the spikes on the room, also shooting from his mouth. He will also jump around the room, which causes Mettaurs to fall from the ceiling. His weaknesses are the Hyper Bomb and the Fire Storm. 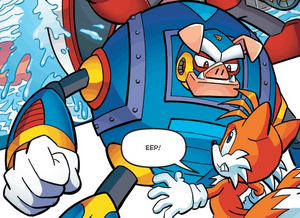 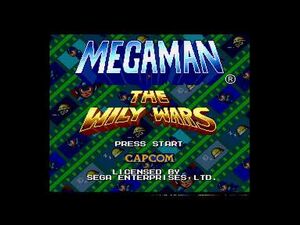