Hypno is one of the many Pokémon in the Pokémon franchise. Being a Pokémon known for its expertise in hypnosis, Hypno can put people to sleep using with it's pendulum and feeding on the sleeping person's dreams. However, in Creepypasta lore, Hypno takes a far darker role, being the main antagonist of the song "Hypno's Lullaby".

Hypno appears in the song by manipulating some children to follow it promising them protection and tons of fun. During the middle of the song, it ties the children up and claims that the ropes will hold them tight. Hypno then proclaims to the children that they weren't clever, and now they would stay with it forever.

It is unknown what became of the children after their disappearances, but it is assumed that Hypno raped and killed them, as evidenced by the lyric stating that their parents will grieve. Another possible end is that Hypno will keep the said children in a endless sleep, so he can a constant source of dreams to feed on. 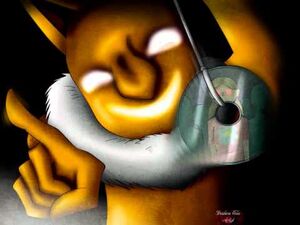 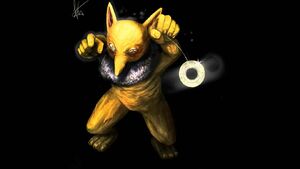 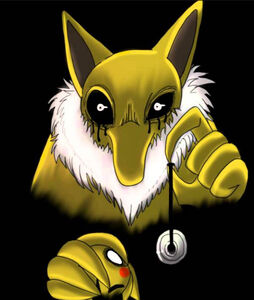 Hypno's Lullaby (CREEPY! Based off a Creepypasta)
A cover of the infamous song.
Add a photo to this gallery

Retrieved from "https://villains.fandom.com/wiki/Hypno_(Creepypasta)?oldid=4035046"
Community content is available under CC-BY-SA unless otherwise noted.