Trolling others.
Doing anything fun.
Shiritori in jargon.
Being eager.

I-No is a major antagonist in the Guilty Gear series. A servant of That Man, she made her debut in Guilty Gear XX as a boss. She’s returns in STRIVE as the main antagonist.

In Guilty Gear XX, I-No manipulates the various cast members against each other. She is the one who hands out the fake bounty lists, which consist entirely of other cast members, to Jam and Bridget.

To get her out of being misbehaved, That Man tricks Anji Mito into arresting to trick and arrest her, eventually succeeding. In the ending where she fights Sol, as well as various other characters' endings, she is captured by That Man and Raven, desiring to punish her for her failures. Dependent on ending I-No can also be overwhelmed with Dizzy's power after defeating her, succeeding in kidnapping May to bring her to her boss, or stabbed to death by Baiken.

I-No is confirmed to be a playable character in Guilty Gear -STRIVE-, being released on February 21st, 2021 as the final character in the game's base roster.

I-No mainly fights using her guitar, Marlene, to both bash foes with or unleash sound-based attacks. Furthermore, she is also able to change cause and effect, travel through time, control or destroy memories, and pull others to her location across time and space. 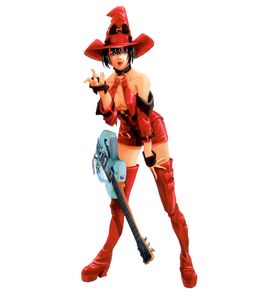 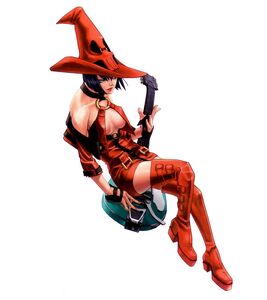 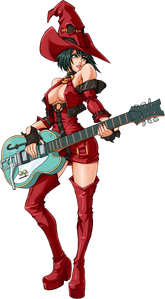 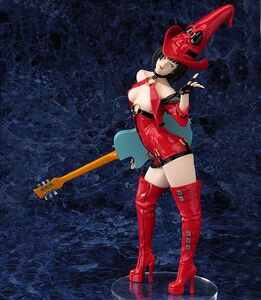 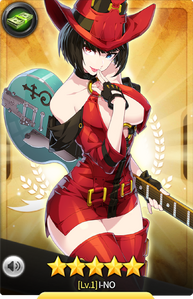 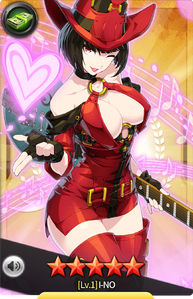 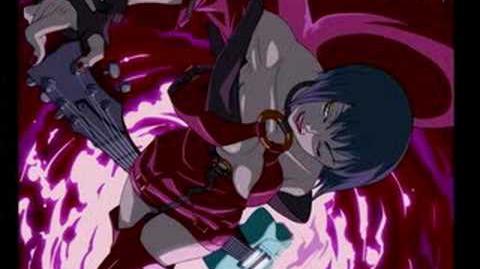