Villains Wiki
Register
Don't have an account?
Sign In
Advertisement
in: Cartoon Villains, Friend of a Hero, TV Show Villains,
and 42 more

Grandma Got Run Over By A Reindeer

I.M. Slime is the secondary antagonist of the 2000 children's animated Christmas special Grandma Got Run Over By A Reindeer (which features the song after which it is named). She’s the lawyer of Cousin Mel.

She was voiced by Kathleen Barr (who also voiced Kevin and Marie Kanker in Ed, Edd n Eddy).

I.M. Slime was the financial advisor and lawyer of Grandpa Spankenheimer. However, Cousin Mel planned a scheme to force the sale of Grandma's store by tricking Grandpa into signing over his power of attorney to her. This meant that Cousin Mel was now able to make all of the decisions for him. As a result of this, I.M. Slime became Cousin Mel's lawyer and became an unscrupulous attorney as well as Cousin Mel's partner in crime. Cousin Mel assigned I.M. Slime to keep Grandma missing. I.M. Slime assisted Cousin Mel in her plan to kidnap Grandma and falsely accuse Santa for the crime in order to sue him and obtain all his money.

Jake discovered I.M Slime and Cousin Mel when he found the missing letter that proved Santa innocent of the crime against Grandma. He would use the letter to reveal Cousin Mel's scheme to frame Santa. Eventually, I.M. Slime's client was forced to confess her scheme against Santa during his trial. The prosecutor then tells the judge to lock Mel up as I.M. Slime showed signs of defeat. Mel was arrested for her crime against Grandma and Santa as one of the police officers called her actions "selfish and stupid". Santa was found not guilty and acquitted from all charges. It’s unknown if I.M. Slime was arrested for her involvement in the crime against Santa, but it’s likely she was. 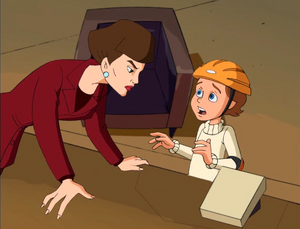 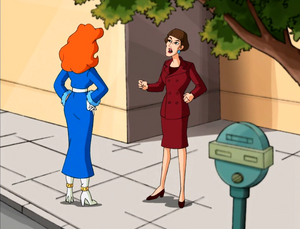 I.M. Slime and her client Cousin Mel scheming their next plan after seeing Grandma in Santa's sleigh. 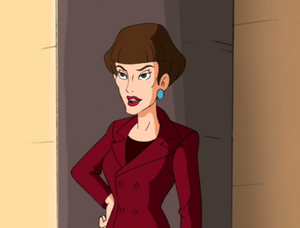 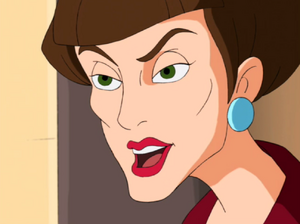 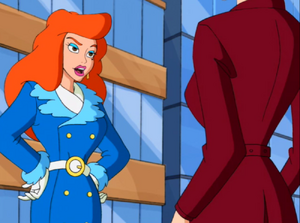 The scheme is finished... 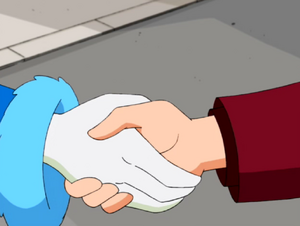 ...and the deal has been made. 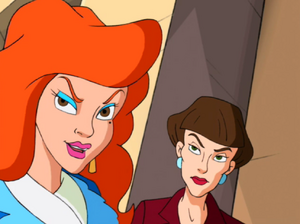 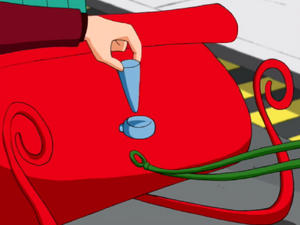 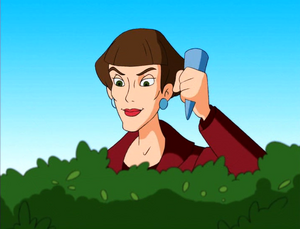 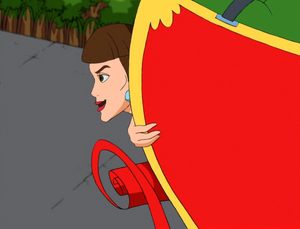 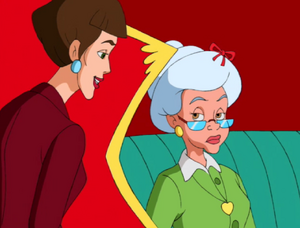 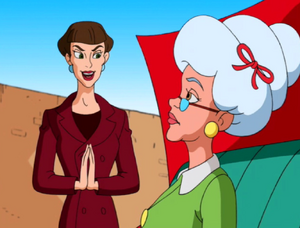 Grandpa Spankenheimer sent me down to get you. Please follow me? 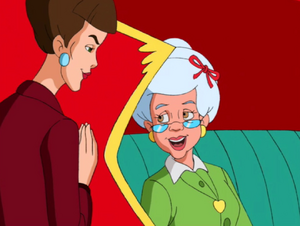 "Sure, sweetie. Say, you wouldn't happen to have any antacid?" 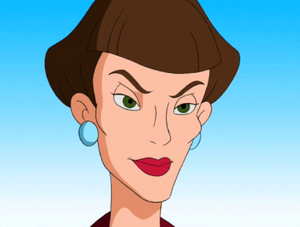 Yes I do Grandma. 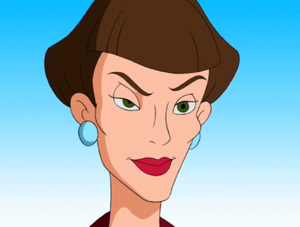 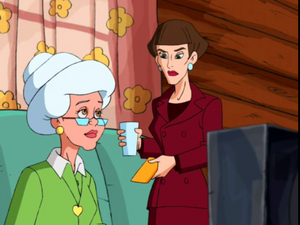 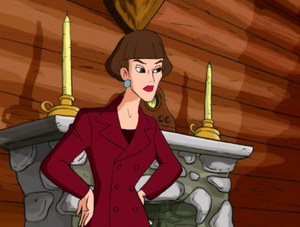 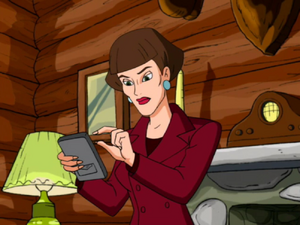 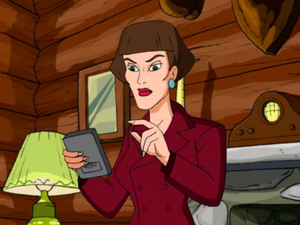 I.M. Slime calculating how much money she and Cousin Mel would obtain based on Santa's wealth. 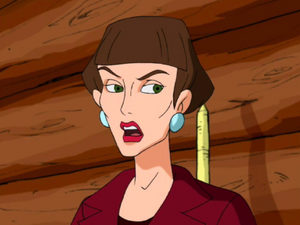 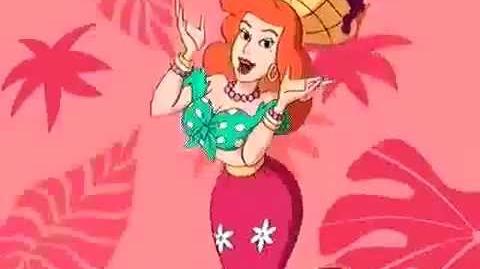