Rulers of the Dizzy World

Mantain the order at the Dizzy World (succeeded).

Persuade Pops to remain at the Dizzy World and later kill him for breaking their rules (failed).

Iacedrom and Ygbir are photorealistic-looking counterparts to Mordecai and Rigby. They both wear top hats and speak very formally. They are the leaders of the Dizzy Zombies and the supreme rulers of the Dizzy World, which exists in Pops Maellard's mind.

They were voiced by J.G. Quintel (who also voiced one of the Talking Hot Dogs, a Unicorn, the Promise Pie, Mordecai, and Richard Buckner) and William Salyers (who also voiced Rigby and The Penguin).

In the episode "Dizzy", Iacedrom and Ygbir met Pops Maellard when he came to the Dizzy World after getting Dizzy. After presenting themselves, they gave Maellard some ice cream, telling him that they outlaw speeches (which was the reason Pops came there, as he was going to have an speech at the Park), and that it was also illegal to not enjoy the ice cream, much to Pops' and the Dizzy Zombies' delight.

In the episode "Pops' Favorite Planet", Iacedrom and Ygbir were later seen on hieroglyphs a the observatory.

In the series finale "A Regular Epic Final Battle", as a result of Pops' death in order to kill Anti-Pops in order to save the entire universe in the process, although they didn't appear or were mentioned, Iacedrom and Ygbir were consequently erased from existence along the Dizzy Zombies and the Dizzy World itself as the mind of the person who created them was no more. 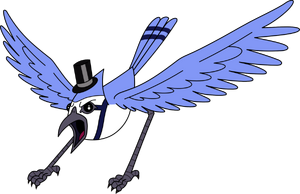 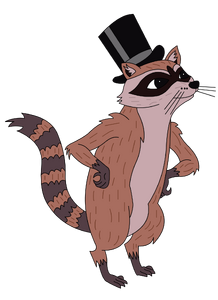