Iago is the main antagonist of the tragedy play Othello by the late William Shakespeare. He is a Venetian soldier who serves under General Othello, a Moor (a broad term in Shakespeare's day, usually along the lines of someone of North African descent), and leader of the Venetian armed forces. He hates Othello and hatches an intricate plan to destroy him by making him believe that his wife, Desdemona, is unfaithful. He is a master manipulator who excels in pinpointing people's weaknesses, such as Othello's jealousy, Brabantio's racism, Roderigo's love for Desdemona, or Cassio's low alcohol tolerance, and uses these to his advantage. Ironically, until his treachery is revealed at the end, the other characters in the play trust him completely, calling him "Honest Iago".

In the opening scene of the play Iago discusses his hatred of Othello with Roderigo, a young man Iago is taking advantage of (and money from) who wants Desdemona for himself. He explains that he was an experienced soldier and had served under Othello for many years, and thus was expecting to be promoted to the position of Othello's lieutenant. However, the less experienced Michael Cassio was given the position instead, largely for personal reasons, leaving Iago with the title of Ancient. The two of them then stir up Desdemona's father Brabantio, informing him that his daughter Desdemona has run away with Othello.

Brabantio accuses Othello, but his arguments are turned down by the Duke of Venice, as Othello is needed for an upcoming war. Othello and his army, with Desdemona by his side, then leave for Cyprus, leaving Roderigo and Iago alone. Roderigo mourns that he is no closer to Desdemona, and contemplates drowning himself, an idea Iago quickly convinces Roderigo to dismiss. He builds up Roderigo's hopes again, telling him to go and "Put money in thy purse" (Iago, Act 1 Scene 3). Roderigo goes off to sell his land, leaving Iago alone to give a soliloquy (a theatre element in which a character is alone on stage to reveal their innermost thoughts). He states that he sees Roderigo as just a fool to be used, and that he hates Othello for losing the position of lieutenant, resulting in Iago now actively working against them both to gain Cassio's place ("To get his place, and plume up my will in double knavery." - Iago, Act 1 Scene 3). He also states that a rumor has been going around that Othello has slept with Iago's wife, Desdemona's lady Emilia, and make the decision to ruin Othello's life by convincing him that now Desdemona is having an affair with Cassio.

Iago begins his plan by getting Cassio drunk, which results in him attacking both Roderigo the Governor of Cyprus Montano, causing Othello to demote him "Cassio, I love thee, but nevermore be officer of mine" - Othello, Act 2 Scene 3). Iago then advises a disgraced Cassio that the best way to regain Othello's favor is to ask Desdemona to intercede on his behalf. Iago is with Othello when Desdemona requests Cassio's reinstatement, and here drop the first hints to Othello that Cassio and Desdemona may be dallying behind his back.

In the Third Act, as evidence, Iago has Emillia steal a handkerchief from Desdemona, which had been given to her by Othello as a special gift passed down to him. Iago then plants the handkerchief in Cassio's quarters. He then tells Othello that whilst sharing a room with him Iago heard Cassio dreaming of having an affair, and says he's certain he saw Cassio wipe his beard with the handkerchief. Othello makes the decision to disown his Christian God and makes Iago his new lieutenant. Iago now has Othello right where he wants him, and tells him that "I am yours forever" (Iago, Act 3, Scene 3).

In Act 4 Cassio stumbles across Iago and Othello, whilst Othello has a fit in despair, during which Iago tells Cassio he'd like to speak with him shortly. Once Othello calms down Iago takes him to overhear Iago and Cassio, claiming he will, to aid Othello, figure out from Cassio where, when and when next he will sleep with Cassio, but then reveals to the audience that his real intention is to get Cassio talking about his mistress (or 'whore') Bianca, tricking Othello into thinking they are talking about Desdemona.

The plan works, as Iago and Cassio have a jolly discussion about Cassio's mistress and their exploits with one another, and sure enough, Othello thinks they are talking about Desdemona. Bianca then enters with the handkerchief and accuses Cassio of giving her a love-token given him by another woman. Bianca and Cassio both leave, and Othello, who recognizes the handkerchief, is thoroughly convinced, wanting both Cassio and his wife dead. Iago convinces Othello to strangle Desdemona in her bed and promises to arrange the death of Cassio.

Later on, Iago is brought in by Desdemona and Emilia, with Desdemona lamenting the change in her husband, and tells Iago that she has been accused of infidelity. Iago, again pretending to be an honest man, acts shocked and tells her that as Othello's closest friend he will do what he can to figure out what has gotten into him. Once Desdemona and Emilia exit, however, Iago is confronted by Roderigo, who lambastes Iago for not only taking all his money but also getting him no closer to Desdemona. Iago uses flattery and his keen manipulation skills to convince Roderigo to give him one more chance, where they plot to kill Cassio.

That night, Iago sends Roderigo to kill Cassio in an ambush attack. Cassio however, manages to escape with his life, albeit a severely wounded leg. Whilst everyone is in commotion with what has happened to Cassio, Iago kills Roderigo to stop him from talking.

At the same moment, in the final scene of the play, Othello smothers Desdemona to death. Emilia arrives on the scene and finds her lady murdered. Othello confesses to the murder and explains that she was unfaithful and that Iago knew of it all. Iago arrives with Montano and Gratiano, Desdemona's Uncle. Emilia interrogates Iago, who eventually reveals he did tell Othello that Desdemona cheated. Realizing his evil plot, Emilia reveals to everyone, despite threats from Iago, that she gave the handkerchief to her husband, after which Iago kills her and runs off, only to be captured and brought back by Cassio and his allies.

Realizing his mistake, a grief-stricken Othello runs at Iago, wounding him. Iago survives the attack, but Othello claims it is all for the better - death is better than life. He asks Cassio to ask Othello why Iago has ruined his life, but Iago refuses to explain his motive. Before Othello can be taken away he stabs himself and kisses Desdemona right before he dies. Cassio is left in charge, and the play ends with Iago being condemned to imprisonment and torture.

Iago presents himself as an honest and nobleman, but this a front to hide his true colors, and gain the trust of others around him, most notably Othello, whom he despises ("I follow him to serve mine own turn." - Iago, Act 1 Scene 1). Out of a strong hatred for Othello, for numerous possible reasons, he makes the decision to ruin Othello's life by playing on Othello's jealousy and insecurities as an outsider in Cyprus, convincing him that his new Venetian wife Desdemona is having an affair with Cassio. Because of his nature, no one truly knows why Iago hates Othello so much.

Iago is, in essence, a textbook psychopath. He has no qualms or concerns for the lives of others around him and shown to have an incredible talent for manipulating and exploiting the weakness of his enemies. He is cold and calculating, but he is also an opportunist with the ability to think on his feet. He also has no notable fears beyond doing his best not to incur Othello's wrath until the time is right.

Everyone around him sees Iago as an honest and decent man, who is not only seen as trustworthy by everyone but also usually the first person people turn to when things go wrong. But this is nothing but a ruse to make them easier to manipulate. He ridicules the idea of people putting their trust in others or having loyalty to someone, and in his eyes, the only good kind of servant is one who is only feigning loyalty to make their masters easier to manipulate. Thus, making him lack any true concern for anyone but himself.

Even after his scheme didn't go the way he planned, Iago never showed remorse; his decision not to speak being more because of shattered pride than anything else. Until the truth got revealed, Emila was the only one who knew of his true nature. Therefore, this shows how great at manipulating Iago truly is. If not for his wife, he would not have been found out. Furthermore, while not as impressive, he managed to hide the abuse he inflicted on Emila until his murder of her.

There is a debate on why Iago decided to ruin Othello's life; while Shakespeare clearly established that Iago "hate[s] the Moor", he does not say what Iago's primary motivation is. There have been several different motives ascribed to him, including:

Iago has been portrayed by several actors on stage and screen. They include: 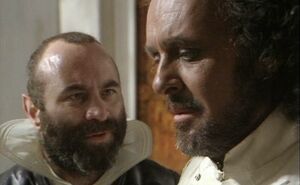 Bob Hoskins as Iago in the 1981 BBC TV Movie adaptation of Othello. 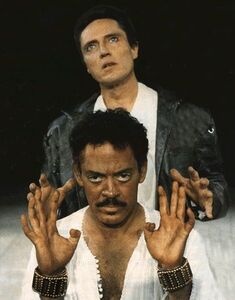 Christopher Walken as Iago (Top) in the 1991 Shakespeare in the Park performance of Iago. 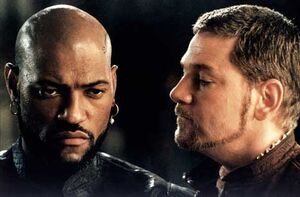 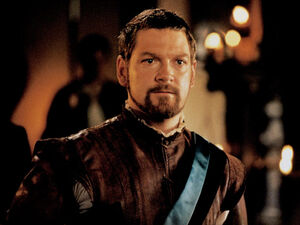 Kenneth Branagh as Iago in the 1995 film adaptation of Othello. 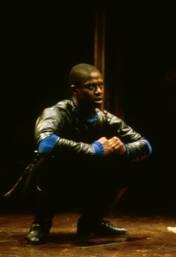 Andre Braugher as the first recordered performance of a black Iago. 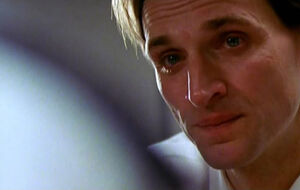 Christopher Eccleston as Ben Jago, a modern interpretation of Iago in the updated 2001 movie Othello. 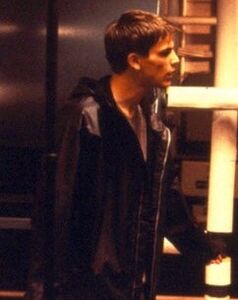 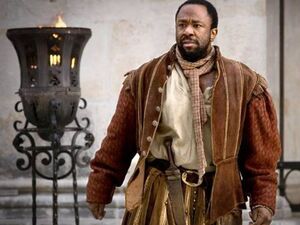 Lucian Msamati as a black Iago in the 2015 Royal Shakespeare Company production of Othello.