He was portrayed by Sean Bean, who also played Sean Miller in Patriot Games, Alec Trevelyan in GoldenEye, Patrick Koster in Don't Say a Word, Dr. Merrick in The Island, and John Ryder in The Hitcher.

Ian Howe was a treasure hunter and knowledgeable criminal who was a friend of the movie's protagonist, Ben Gates.

At first they worked together in trying to find the lost treasure of the Knight's Templar, but they became enemies when a clue leads them to a map on the back of the Declaration of Independence. Ian wanted to steal the document, but Ben refused to, and in doing so, forged their animosity.

After Ian and his henchmen unsuccessfully tried to kill Ben and his exploring partner Riley, they decided that they had to steal the Declaration before Ian did. They succeeded, but Ian eventually got a hold of it.

After some cat-and-mouse games with the FBI, Ian and his goons captured Ben, Riley, Abigail, and Ben's dad, and forced them to lead them onward in the search for clues. Ian is planning on killing Ben and the rest of the group after he gets the treasure. They eventually were lead to a huge, old underground staircase under a church. Ian's henchmen Shaw fell down into the seemingly bottomless pit below. The group got to a chamber that dead-ended, and Ian forced Ben at gunpoint to tell him what the next clue was. They gave him a fake clue and he and his remaining henchman escaped, leaving Ben and his friends behind in what was later revealed to be the passageway to the treasure room.

At the Old North Church where the fake clue lead them, Ian and his surviving henchmen were arrested by the FBI for kidnapping, trespassing on government property, and attempted murder. Ian then gets a glimpse at Ben and realized that he tricked him. 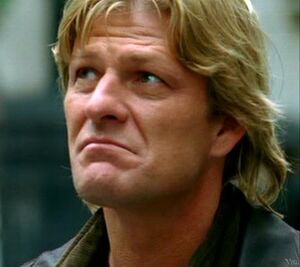 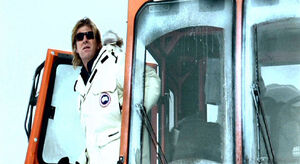 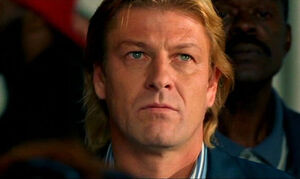 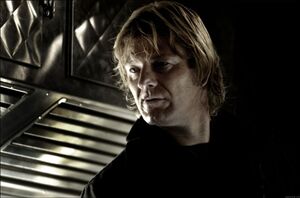 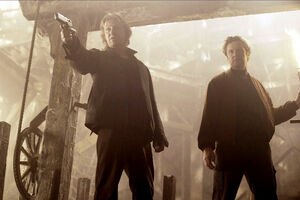