Various depending on individuals

Cryokinetic offensive powers and able to freeze beings upon touch

The Ice Hunters are a group of tribes in Legends of Chima that specialize in ice attacks. As a result of them using Ice Powers and being frozen in the Gorge of Eternal Depth of Ice upon being defeated by the Phoenix Tribe, each of the Ice Hunters lost their flesh (the parts where they lost some flesh is represented by the purple on their bodies) and exposed bones (which are shown through their blue transparent parts). The Ice Tribes want to freeze all of Chima so that they can live in cold temperatures.

The Saber-Tooth Tiger Tribe is the leading tribe of the Ice Hunters.

The Mammoth Tribe are the strongest warriors of the Ice Hunters, but also the most simple-minded. As such, they developed an unlikely friendship with the Rhino Tribe during one battle.

The Vulture Tribe are the extremely patient master spies of the Ice Hunters. 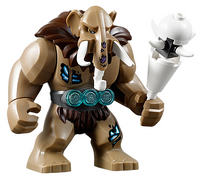 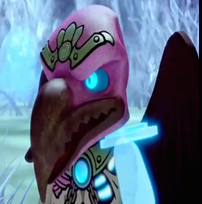 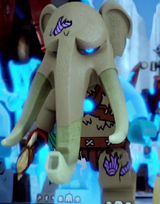 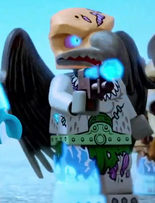 Frozen Ice Bear tribe.
Add a photo to this gallery
Retrieved from "https://villains.fandom.com/wiki/Ice_Hunters?oldid=3537453"
Community content is available under CC-BY-SA unless otherwise noted.