Find a prince and marry him.

The Ice Queen is the main antagonist in Adventure Time with Fionna & Cake, making her only appearance in said episode. She is the new ruler of the Ice Kingdom and she is the female and more evil version of The Ice King.

The Ice Queen has light blue skin, long white hair, and lightning-shaped eyebrows. Her hair, while also long like the Ice King's beard, is wavy with curls instead of shaggy. She wears a small gold tiara with red gems and a head band, a blue long sleeved ball gown, and light and dark blue shoes. Her dress to resemble the dresses worn by Anastasia and Drizella, the mean step sisters from the 1950 Disney animated classic film "Cinderella".

The Ice Queen is far more cruel, evil, pompous, pom aggressive, and arrogant than the Ice King. She uses far more violent and complex means to get her way than the Ice King does; such as tormenting Fionna with a wild scheme in order to put her out of commission, leaving her free to obtain Prince Gumball. She is more serious than the Ice King, but like her counterpart, she inevitably fails.

Natasha Allegri has confirmed that the Ice Queen has a different origin than the Ice King (meaning that she found her crown a different way), but she was presumably a normal human being just like Simon Petrikov.

In Issue 16, it is revealed that Ice King created a real life, giant Ice Queen to put in his dungeon, which he abandoned 200 years ago. When they meet again, Ice Queen rebuffs him and attempts to kill Finn and Jake, however, Ice King flies through her chest causing her to shatter to pieces. This also frees an old lady Ice King used to power her "secondary regality processor". 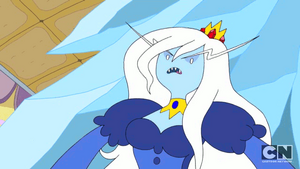 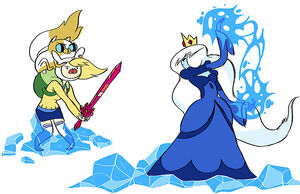 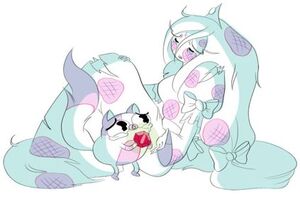 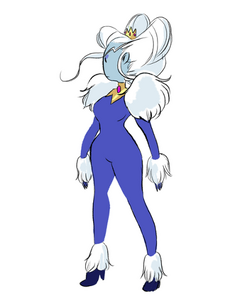 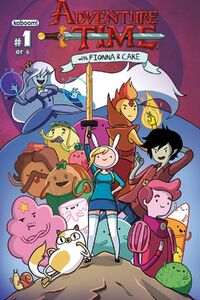 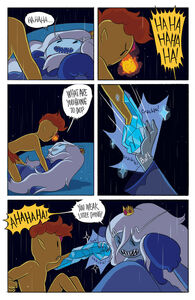 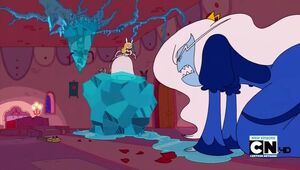 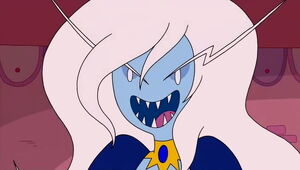 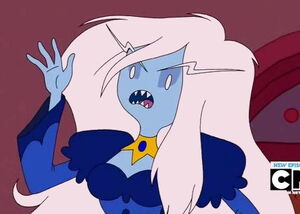 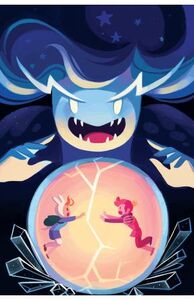 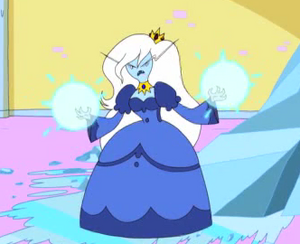 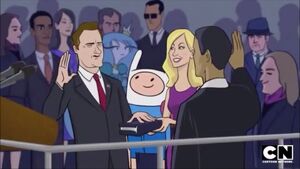 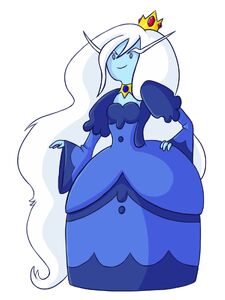 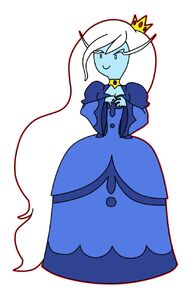 Retrieved from "https://villains.fandom.com/wiki/Ice_Queen?oldid=3658856"
Community content is available under CC-BY-SA unless otherwise noted.