Enunciating "ink" whenever he says a word that contains that sound.

Attempting to kill the Kyurangers.

Ikargen is an assassin for the Space Shogunate Jark Matter alongside his partner Madakko and a major antagonist in Uchu Sentai Kyuranger. The two are infamous for being the ones who killed Big Bear, the leader of the Rebellion against Jark Matter.

Ikargen and Madakko were sent to Earth by Don Armage following the death of Karo Eriedrone to kill the Kyurangers. Arriving in the district ruled by the Daikaan Denvil, the pair passed by Stinger and asked him if he had seen the Kyurangers. Stinger answered the assassins by fighting them as Sasori Orange. However, the duo proved too strong for Stinger, and the Kyuranger was forced to fleeh. The pair laterr witnessed KyurenOh defeating Denvil.

Stinger later informed the Kyurangers of the assassin duo's arrival. Shou Ronbou warned that Ikargen and Madakko were a vicious duo and that the Kyurangers were to retreat if they ever encountered them.

Ikargen and Mardakko later intercepted the team of five Kyurangers (including Stinger) who were sent to fight Toome. The pair proved to be to powerful for all five Kyurangers together, prompting Shou to order the Kyurangers to retreat in their Kyutamas.

Later on, Stinger and Lucky faced Space Ikadevil of Shocker, whom Stinger confused for Ikargen.

Following Ikargen's death, Madakko vowed to avenge him, offering her services to Scorpio in pursuit of this goal. 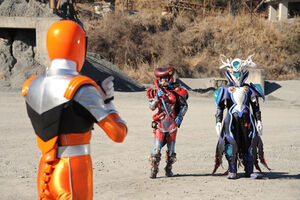 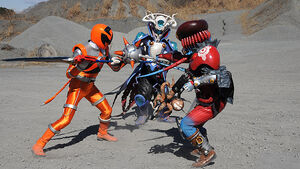 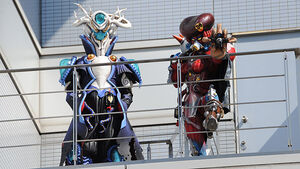 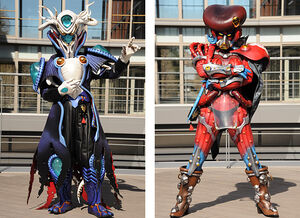 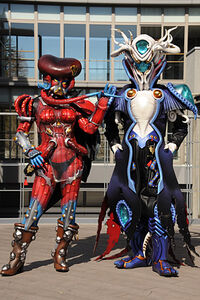 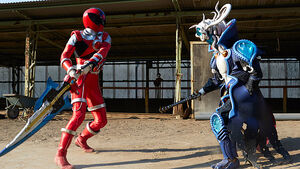 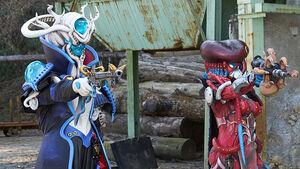 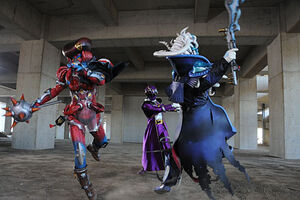 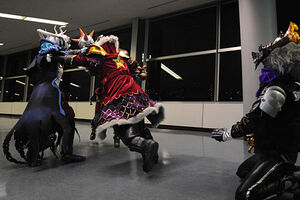 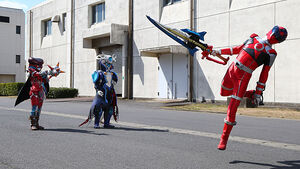 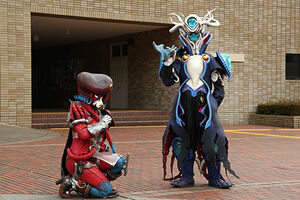