Ability to manipulate many of the events throughout the world

Global influence
Thriving off of crime, the black market and other illegal outlets
Kidnapping
Brainwashing
Utilizing in research of lineages and genetics
Extensive knowledge in astrology systems
Operating intensive and demanding development program to choose their leaders
The Sixty-Six Secret Arts

World hegemony dominated by them.

The Illuminati, also called "The Organization", is a secret cult that serves as the main antagonists in the Street Fighter III series. This group is loosely based on the real life organization of the same name. Very few know about the Organization's existence.

Their intended purpose for the world is to create a utopia in where the fittest and worthy of humanity will thrive upon a prophecy of a world ending apocalypse, and where they shall rule for all time.

Though their inclusion into the Street Fighter series is seemingly odd, even fighting and the martial arts is not a realm untouched by their influence, seen as means to establish and reaffirm dominance over those "weaker" and "inferior" than them, rooting into the philosophical and more pragmatic basis that only the strong can rule over a world ruled by competition and survival, and to ancient beliefs viewing life as but an eternal struggle, related not just to wars and large scale conflict, but to extreme concepts such as the "ubermench", how only might makes right, and how life "separates the grain from the chaff". As such, this is not unlike satsujinken or "fists that kill" taken into a more extreme and worldly perspective based mindset.

It's unknown what happened to the Illuminati after Chun-Li defeated Urien, and Alex defeated Gill, seeing how there hasn't been a Street Fighter game that takes places after the events of the Street Fighter III series.

The ranks of leadership are, from highest to lowest:

There are a number of people who oppose the Illuminati.

Gill and his followers 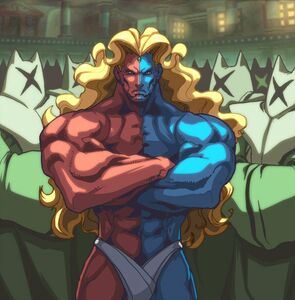 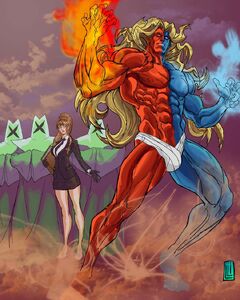 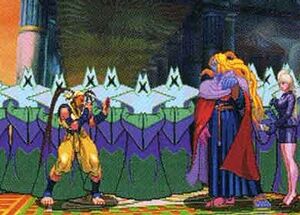