Villains Wiki
Register
Don't have an account?
Sign In
Advertisement
in: Female, In Love, Comic Book Villains,
and 36 more

Ilsa Von Haupstein is a villainess in the Hellboy series (both comics and film) who is both a former Nazi and the faithful lover of her teacher Rasputin.

Born in June 7, 1919, Ilsa Haupstein's first known role as a member of the Nazi military, was being head of the delegation that attempted to recruit Vladimir Giurescu for the war effort. At some point she fell in love with him, and discovered that Giurescu was a vampire and could be healed from any ailment, through a specific ritual.

Eventually, Haupstein was recruited for Project Ragna Rok, where she first met team members Karl Ruprecht Kroenen, and Leopold Kurtz. As a member of this project, she became a highly devoted follower of a mystic using the alias "The Master". The four of them formulated a plan to create a device to unleash the power of the Ogdru Jahad.

25 years later in 1944, on Tarmngant Island, The Master performed a ritual, that he said "Would ensure miracle for the Third Reich.". There, Haupstein revealed the Master's true identity as Grigori Rasputin. Rasputin then told Haupstein, Kurtz, and Kroenen, that Germany was no longer safe for them, and that the true purpose of the ritual was to bring about a herald of his new age. He informed them that the fall of the third Reich was upon them, and told them to cryonically freeze themselves inside a castle in Norway until he needed their services again. Haupstein was then told she was betrayed, and that Vladimir Giurescu, her lover, had been excecuted.

50 years later in 1994, in a failed attempt to release the Ogdru Jahad, Rasputin was killed by Anung Un Rama, the very creature that he had brought to Earth back in 1944. After this Haupstein, and the other members of Project Ragna Rok, were unfrozen. Immediatley, Ilsa set out to ressurect Giurescu using the vampire ritual that he had used so many times before so that they could be together again. She discovered that Howard Steinman, who was once once trusted a member of Himmler's inner circle, had smuggled Giurescu's body out of Germany. Haupstein then broke into Steinman's wax museum, shot him to death in cold blood, and reclaimed the vampire's body. Then aided by several Neo-Nazi thugs, including the cyborg brute Unmensch, presumebly supplied by Roderick Zinco, Haupstein succeeded in transfering Giurescu's body to the lower caverns of castle Giurescu. However, before the ressurection ritual could be completed, Haupstein was attacked by Anung-Un-Rama who bursted through the roof of the castle. Fortunately for her, the demon fell through the floor during a battle with Unmensch.

Before she and Giurescu could be reunited, Haupstein was contacted by Grigori Rasputin's ghost. There, Rasputin told Ilsa that she would be unable to stand alongside him in the Ragna Rok storm in her flesh and blood body. The demon Koku, presented Rasputin and Haupstein with an iron maiden. Rasputin told Haupstein to enter the iron maiden, so while her human body died, she could live on as the witch goddess, Hecate. But it failed when Haupstein died instantly, and her blood was used to fuel Vladimir Giurescu, and later resurrect Hecate after her death at the hands of Anung Un Rama.

Ilsa appeared as a supporting antagonist in Hellboy, under the name Ilsa Von Haupstein as a follower of Grigori Rasputin, where she was portrayed by Bridget Hodson. Von Haupstein died alongside her beloved lover Rasputin when they were both killed by a monstrous demon that burst from Rasputin's body called the Behemoth. Actress Vanessa Eichholz will portray Ilsa in the new Hellboy, Rise of the Blood Queen movie with David Harbour, directed by Neil Marshall. 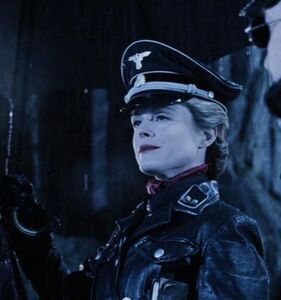 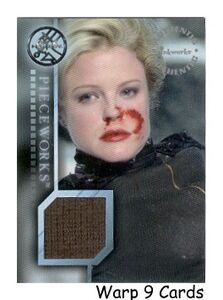