Villains Wiki
Register
Don't have an account?
Sign In
Advertisement
in: Spoilers, One Piece Villains, Manga Villains,
and 21 more

De-facto ruler of the World Government

Extinguish a light from history (kill a major threat to the World Government).

Im is the overarching antagonist of the anime and manga franchise One Piece. Im is a mysterious individual who secretly rules the World Government from the shadows, with the Gorosei being the public face of the organization.

Not much is known about Im, but Im is shown to be a silent individual who does not talk to themselves in private. Im is shown to be to themselves. Im is observant by how they observe the giant Straw Hat with Luffy's wanted poster in their hand. Im also tore apart both Luffy's and Blackbeard's wanted poster, pinned Shirahoshi's photo to the ground and kept Nefertari Vivi's photo in their possession for unknown reasons. Im is interested in Luffy, Blackbeard, Shirahoshi, and Vivi.

The Gorosei have respect for Im when they get in Im's presence. The men refer to Im in the honorifics as "Im-sama" showing respect. Despite commanding high-level authority in the government, the group also looks up to Im and kneel before the individual. They ask Im if they decided what light should get extinguished from history.

Im is shown to hold high power and authority inside the World Government such as getting the Gorosei to answer to them. In addition to the leadership skills, Im is shown to be capable of wielding a sword. They are able to use it to slice apart Luffy and Blackbeard's bounty poster with precision.

At some point in the past, Im ended up becoming a high authority figure in the World Government and commanding some degree of power over both the Gorosei and the World Government in the background. Im also possessed a giant straw hat that is left frozen within a chamber of Pangaea castle which according to Doflamingo is the national treasure that has the power to shake the world.

Im walks through an area within Pangaea castle holding Luffy's and another person's bounty poster in their possession. Im made their way to a giant Straw Hat where the latter observes it. Im appears in the Room of Flowers where they sliced up Luffy's and Blackbeard's bounty posters and stabbed Shirahoshi's photo with a sword. The latter is shown handling a butterfly by themselves until someone reminded Im that the Reverie began. Im left the Room of Flowers to go to the empty throne with Vivi's photo in their possession. The Gorosei appears in the room of the empty throne and kneel before Im as the latter sits on the empty throne. They ask Im who should be extinguished from history.

Im in the manga. 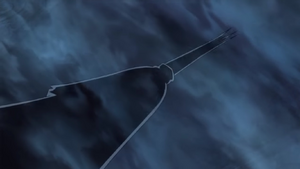 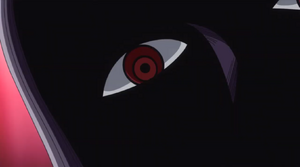 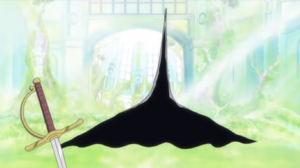 Im in the Room of Flowers. 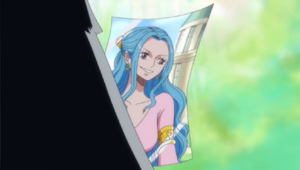 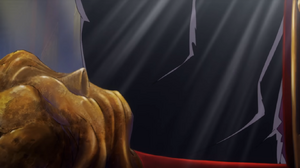 Im sitting on the Empty Throne. 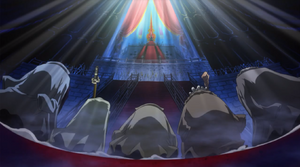 Im on the Empty Throne facing the Gorosei.