The Imp and his Z-Mech are one of the secondary antagonists of the Plants vs. Zombies franchise. He is an Imp that is equipped with the Imp Blasters and the Z-Mech battle mech to fight the plants.

Z-Mech appeared in Arena as one of the boss fights. He appears by floating onto the lawn while being protected by a force field. After that, he summons the Z-Mech, then he uses a variety of attacks to hinder the player and his defenses, if defeated, the Z-Mech explodes and the Imp ejects, if not defeated in time, he will fly away.

He made his appearance as one of the playable characters on the zombie's side.

His top Zombie variant, Z-Mech 11011-3, or also known as Steve, could be met if the player entered his portal. He introduced himself and gave them the first quest to get the Imps to the park.

When the first quest is completed, he asked the player to get the plants to stop partying so the imps could sleep.

After the second quest is completed, the player was tasked with a special ops that entailed taking Steve on a vacation to Time Park.

Finally, after the player completed all three quests, he congratulated them and sent them to either go meet the 3rd zombie, or meet Dr. Zomboss at his secret lab.

In Agent Citron's quest, Triangulation Station, the Z7 Z-Mech appeared as a mini-boss. When he saw the signal, he teleported to earth and battled against the players. Also, in his another quest, the S.R.H.IMP appeared as a boss, who is Iron Ball's bounty.

He also returned in this game as one of the playable zombie of Attack Class.

He returned in this game as one of the playable characters on the Zombies' side, he leads the Hearty and Crazy classes.

In his introduction comic strip, when the plants tried to chase him, he ran to his lab and unleashed his battle mech to scare them away.

In IMPossible Mission, Green Shadow, Citron and Grass Knuckles intruded onto his lab while explaining his plan with Dr. Zomboss. He uses his battle mech to fight them, only being defeated with Citron's Spin Dash which made him and Zomboss unconscious.

In Code Orange! Citron Invades!, when Dr. Zomboss saw Citron, Rose and Grass Knuckles knocking his flag on the moon, he ordered the Z-Mech, Brain Freeze and Rustbolt to fight them. The plants and zombies fught each, Citron even managed to defeat Rustbolt and Brain Freeze. However, before he could finish off the Z-Mech, he used his robotic leg to kick him and the rest of the Plant Heroes out of the moon.

The Imp is small, fast and agile, however he's also very weak, maning he can get vanquished very easily with a well placed shot. The Z-Mech battle suit is powerful, and it's very tough, however it is very big and very slow, making an easy target for things such as Pea Gatlings and Sun Beams, it also has the issue of limited fuel, after it runs out, the Imp automatically activates Explosive Escape.

He appeared as one of the supporting antagonists in the comics as Citron's archenemy. Also, a variant of him, Citron Smasher, being piloted by the same Imp, was able to defeat him, only being destroyed by an E.M.Peach

The Z7 Imp with the Z7 Mech appeared as an Easter Egg in Pathfinder’s Quarters.

Z-Mech leaving in Plants vs. Zombies 2 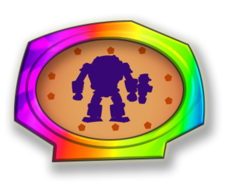 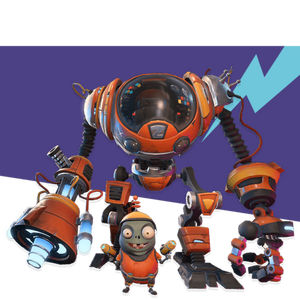 Retrieved from "https://villains.fandom.com/wiki/Imp_(Plants_vs._Zombies)?oldid=3832217"
Community content is available under CC-BY-SA unless otherwise noted.