The Imperial Americana is an extremist militarist power in the 22nd century dystopian cyberpunk world of Masamune Shirow's Appleseed manga and anime.

The southeastern part of the former USA, became Imperial Americana which encompasses mostly what was centuries ago the Confederate States of Americas. It has a government which is to a degree monarchist and may have a congress. It is a militarized extremist state that is hostile to the U.S.-Soviet Alliance which controls most of North America, in addition to having bad relations with other nation-states that are socially progressive like Olympus and Poseidon.

Its foreign policy is reactionary and often militaristic which creates tensions with other states and causes difficulties for diplomatic and peacekeeping ventures. Technologically, Imperial Americana has weaponry that is high quality but old school. Preferring weapons that are projectile-based over directed energy weapons or vibration based armaments. It is a nation-state which appears to be still recovering from the nuclear war, like the rest of North America with ruined cities and a generally weak economy. 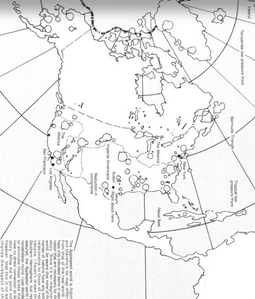 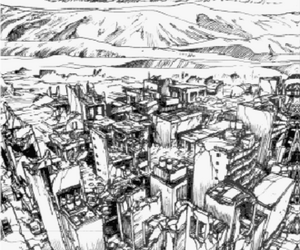 NY City in Ruins (Appleseed)
Add a photo to this gallery
Retrieved from "https://villains.fandom.com/wiki/Imperial_Americana?oldid=3532797"
Community content is available under CC-BY-SA unless otherwise noted.