Wide range of occupied territories for mobilization and conscription

Protect and defend the Imperial Japan.

The Imperial Japanese Military (IJM) is a recurring antagonistic organization from the 1940 series, based on the real navy which existed up until the end of World War II. Later Imperial Japanese Army was added into 1940 Series.

The Imperial Japanese Navy features prominently during the first two titles in the series, 1942 and 1943: The Battle of Midway, where they act as main antagonists. In both games, the player controls the Super Ace (and his partners in 1943), a U.S. Navy pilot whose mission is to fight through the IJN's forces. Most enemy ships in these games carry the IJN's ensign on their wings. And just like in real life, their imperialist ambitions always end up in catastrophic losses and defeat.

In 1942, players only have to contend with IJAF and its warbirds. There are no ground enemies or fleets present. The game is very tough and long: consisting of 32 stages. And like in real life these foes do not fear death and will crash into players' craft when opportunity arises.

In 1943, a sequel to 1942, IJN is presented a full force: there are two phases to the gameplay - first phase consists aerial war with fighters and bombers etc. and the second phase requiring engaging IJN fleets consisting battleships, aircraft carriers, cruisers and destroyers. While shorter than its predecessor, it is still long and hard game.

Due to the controversy regarding the depiction of the Japanese as enemies (since the series was created by a Japanese company for a Japanese audience), later games in the series dropped the IJN in favor of using other organizations (Nazi Germany was used only one time in 1941: Counterattack, and in 19XX featured a shadowy organization consisting influential weapons dealers called Outer Limits) as the main enemy force, though many of IJN's fighters still appear on them. But in 1944: The Loop Master, Capcom reintroduced Imperial Japanese Navy in addition to Imperial Japanese Army, along with a defector Japanese pilot as a co-player. 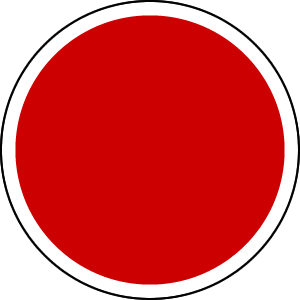 The IJN's ensign
Add a photo to this gallery

Retrieved from "https://villains.fandom.com/wiki/Imperial_Japanese_Military_(1940_series)?oldid=3176501"
Community content is available under CC-BY-SA unless otherwise noted.