The Imperial Navy (also known as the Imperial Fleet) were the naval forces of the Galactic Empire in the original Star Wars trilogy.

Over the next two decades the Imperial Fleet fielded tens of thousands of ships with billions of individuals. Initially using the Venator class ships of the prior regime, the Empire soon launched Imperial class Star Destroyers, which became one of the most recognized symbols of the fleet. At first, a majority of the fleet's Stormtroopers were made up of the clones of Jango Fett. Eventually birth born recruits replaced the clones, who became a minority in the fleet.

At its height, the Imperial Navy, in cooperation with the Imperial Army, operated the Death Star, a massive battle station capable of destroying entire planets. The Imperial Navy fought at the Battle of Scarif, and under the command of Grand Moff Tarkin destroyed the peaceful planet of Alderaan, killing billions in the process.

The Rebel Alliance, however, was able to destroy the Death Star by exploiting a flaw in the battle station. After this disastrous defeat, the Imperial Starfleet spent the next several years hunting down the Rebels, chasing them from their bases on Yavin and Hoth.

Not only was the second Death Star destroyed, but the Empire also lost the Executor-class Star Dreadnought Executor during the battle when it crashed into the second Death Star. While serving on Lord Vader's ship was seen as dangerous due to the dark lord's lethal temper, Vader crewed the Executor with the Empire's best and brightest. As a result, the destruction of the ship resulted in the deaths of many promising officers, critically depriving the Navy of its best personnel.

The Imperial Navy was forced to retreat, and all Imperial ships jumped to the Annaj system.

Almost exactly one year after Endor, the remnants of the Imperial Navy engaged the New Republic forces at Jakku. This battle resulted in the defeat of the Galactic Empire, and the Galactic Concordance was signed a few days after the battle, bringing the Galactic Civil War to an end.

A large portion of the Imperial Navy's fleet was either destroyed, captured, or otherwise lost in the years following Jakku. Some of the surviving Imperial vessels jumped in to the Unknown Regions. Gathering in the Outer Rim, the Imperial survivors reformed into the First Order.

In the Legends continuity, the Imperial Fleet also retreated to Annaj after the Battle of Endor. In the five years following the defeat at Endor, the Imperial Navy had been forced to retreat again and again, and by 9 ABY over 2/3 of what had been Imperial territory was in the hands of the New Republic. In that year, Grand Admiral Thrawn returned from the unknown regions and rallied what was left of the Imperial Navy. Before his death, Thrawn was nearly able to cause the collapse of the New Republic.

One year later Emperor Palpatine returned from the dead. Gathering Imperial forces at Byss, the Imperial Navy because an assault on the New Republic that briefly forced the Republic to leave Coruscant. Despite the use of World Devastators, the Galaxy Gun, and Eclipse-class Star Dreadnoughts, the Empire was defeated once again and driven into the Deep Core.

When Palpatine experienced his final death the Imperial Fleet was fractured into various rival camps that fought among themselves more than the New Republic. Tiring of the waste of Imperial lives, Natasi Daala killed all the warlords that had been fighting each other. She and Gilaad Pellaeon then unified all the Imperial factions into the Imperial Remnant.

Despite this new unity the Imperial Remnant continued to lose power and influence in the galaxy. By 19 ABY, the Remnant had been reduced to a handful of backwater systems. Realizing that defeat would be inevitable if the Imperial Navy kept up the fight, Pellaeon signed a peace treaty with the New Republic, finally bringing the Galactic Civil War to an end.

Peace would not last long, as the extra-galactic Yuuzhan Vong invaded the galaxy just a few years later. The Imperial Navy fought alongside their former enemies and helped retake Coruscant from the Vong. Following the war Pellaeon would become the Supreme Commander of the military forces of the Galactic Federation of Free Alliances 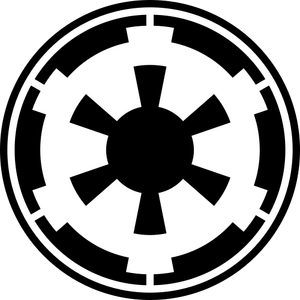