NOTE: This article is about Zakhaev from the 2019 reboot of the Call of Duty: Modern Warfare sub-series. The original version can be found here: Imran Zakhaev.

The Father (by Kate)

Start a world war in order to restore the Soviet Union (failed).

He was a high-ranking Soviet Union official who tried to instigate a world war so that he can restore the Soviet Union. While he is confirmed to have died years before, his plans were assumed by his son Victor Zakhaev and is therefore the main reason for what he is doing.

He is voiced by Dan Donohue in English, who also played Warden Eternal in Halo 5: Guardians and Hermann Freisinger in Call of Duty: Vanguard, and Ondrej Habinak in Russian.

While not much is known about Imran's past, it is known that he had three children and his middle son was Victor, whom he had high expectations for. As a high-ranking official in the Interior Ministry during the era of the Soviet Union, Imran had access to tunnels, bunker systems, underground barracks, shelters and silos across the Eastern Bloc. Valuing education, Imran insisted that Victor should be fluent in Italian, German, English and French, and enrolled him into a prestigious preparatory school in Verdansk, Kastovia. However, after Victor was expelled for breaking a teacher's cane to evade corporal punishment, Imran sent him to a Suvo Military School as punishment, something that Victor actually seemed to enjoy since his peers were the more austere families of Soviet military personnel.

The introduction of the new economic cultural freedoms in the 80s crippled the U.S.S.R. as a major world power and forced the regime to return the countries to their separate nations, much to Imran's dismay. Knowing that this would cause civil wars across the former Soviet states due to a major power vacuum, Imran joined the Ultranationalists with Victor under his wing to try and instigate a world war so he could restore the Soviet Union, but ultimately failed. In addition, Zakhaev met a Soviet spy known as Perseus, who wanted to recruit him to his "Perseus" spy network. However, Zakhaev didn't support Perseus's methods, and prevented him from gaining control of Verdansk.

In December 1994, Imran underwent emergency heart bypass surgery and remained in hospital for months. According to Victor, Imran's troubles were the manifestations of a broken heart after seeing the Soviet Union fell. At some point, Zakhaev was almost killed by John Price and MacMillan, two S.A.S. operatives, during a mission in Pripyat.

Eventually, Imran finally passed away in 2011 and left Victor even more disenchanted with modern Russia and fled the country with his wife Yuila. It is currently unknown what became of his other two children.

However, while Imran never lived to fulfill his goals, Victor vowed to finish his mission and restore the Soviet Union in his honor. To that end, he founded Zakhaev Arms and spent the next eight years making profit from trafficking weapons to former Soviet countries, while also altering surveillance of him to look like his father to fool anyone looking for him and maded them believe he was still alive. He eventually started working with Khaled Al-Asad and Al-Qatala to take control of Verdansk so they could gain access to its bunkers that contained Soviet resources and weapons, including a nuclear weapon. Eventually, the Allegiance, Coalition forces and their allies learned that Imran was dead and that Victor was in fact the one they were looking for.

In 1981, Zakhaev was welcomed into the KGB by Secretary Mikhail Gorbachev, and appeared at the meeting with Lev Kravchenko and Dimitri Belikov. Informed that there was a mole within the KGB, Zakhaev insisted to Gobachev that he only give General Anton Charkov access to the bunker keys. After the meeting, Zakhaev had an appointment with Commander Sobol, and encountered two Soviet officers who were actually CIA operatives Russell Adler and "Bell". While on the elevator, Zakhaev asks them when they had arrived, and which commander they reported to. The player can either say Commander Sobol, Utkind/Petrov, or knock out Zakhaev with the assistance of Adler. 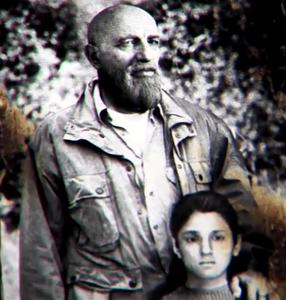 Imran with his middle son Victor. 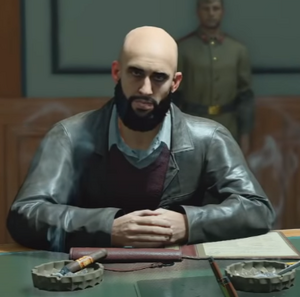 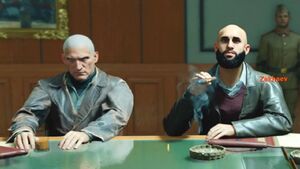 Zakhaev with Lev Kravchenko in 1981. 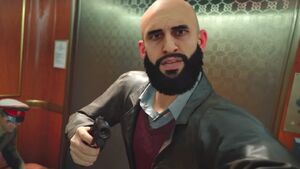 Zakhaev holding "Bell" at gunpoint, catching the spies trying to break into the KGB (player-determined).