Incognito is the main antagonist in the 2001 Hellsing anime. He is a masochistic vampire from "the dark continent", a reference to Africa. Though physically androgynous, he is generally thought to be male.

In Japanese, he was voiced by Takumi Yamazaki. In English, he was voiced by Isaac Charles Singleton Jr., who also portrayed Sagat in the Street Fighter series, Thanos in the 2010 Marvel Animated Universe, Soundwave in the War for Cybertron video game series and Bo'sun in Pirates of the Carribean.

Incognito first appeared when Alucard sensed his presence when he first arrived in England, he eventually occupied a castle and performed a ritual on an unidentified man. As Hellsing forces arrived and raided the castle however the SAS's 22nd Regiment arrived in their Counter Revolutionary Warfare (CRW) gear and ordered Hellsing forces to move out, but despite this, Alucard still continue to investigate the interior part of the castle. He ordered a Baobhan sith named Bubbancy to turn Integra Hellsing into a vampire, he began to overwhelm the SAS forces with the help of his dark magic, he then meet Alucard face to face and had a brief battle as Alucard had learned of the danger Integra was in and rushed back to the Hellsing manor, meanwhile he converts the SAS into a new breed of FREAK vampires and ordered them to attack Cambridge and Trafalgar Square.

Incognito went to Helena's home and devoured her. He then encountered Seras Victoria but she was no match against him, Helena merged out of his stomach but he then decapitates her and retreats. With him being aware of the trap at the Tower of London, he then decide to turn the tables on the Hellsing forces by causing a fierce battle against each other which has drawn the attention of the British army and framing the Hellsing Organisation as terrorists. After the SAS vampires were destroyed, Alucard and Seras then confronted him but they were overwhelmed by his dark magic which resulted in injuring Seras and seemingly killing Alucard by shooting him with his favorite gun, "The Jackal".

He then kidnaps Integra and prepares for a ritual to summon Set but was interrupted when Alucard comes back to life and deactivates his level one restriction by Integra's command. They then had a rematch but the outcome resulted in weakening Incognito. He then asks for Alucard's true identity and Alucard shows his true face briefly to him (as Vlad III Dracula) and Alucard impales him afterwards, killing him. 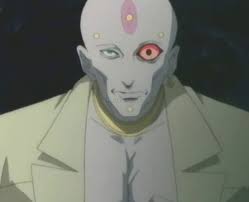 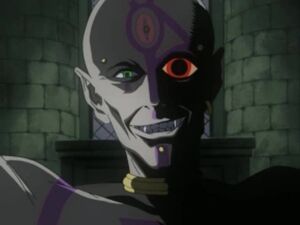 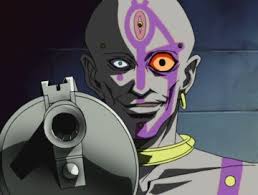