Destroy all things that are good and positive.

The Infection is an antagonist from the 2011 puzzle platforming video game LittleBigPlanet 2, serving as the boss for the level "Invasion of the Body Invaders". It is a sanity-dampening disease created by the Negativitron and Meanies to infect Dr. Herbert Higginbotham so he cannot help the Alliance.

The Infection was created by the Negitivitron,and was used to infect Dr. Herbert Higginbotham. The effects caused him to lose his sanity, resulting in him having to be cared for at Eve Silva Paragorica's Asylum for the Mentally Alternative.

The Infection is extremely hostile, and will attack any threat to its existence on sight by launching projectiles or charging at it. It will stop at nothing to defeat its foes and carry out its mission, being very wrathful and violent in its nature. 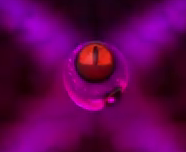 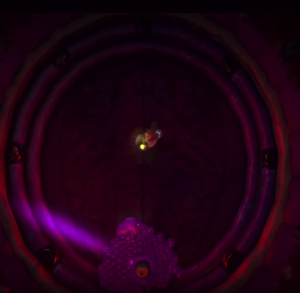 Sackboy vs. the Infection 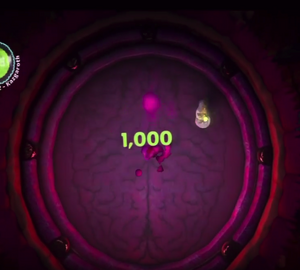 The Infection's death.
Add a photo to this gallery 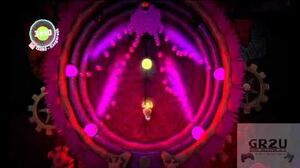 Retrieved from "https://villains.fandom.com/wiki/Infection?oldid=3546761"
Community content is available under CC-BY-SA unless otherwise noted.