The Infernocons are major antagonists of the 2017 film Transformers: The Last Knight. They are a group of demonic Transformers that serve loyally to Quintessa, though they are also willing to serve Megatron. Together, they can combine to form the terrifying Infernocus.

The forces of the Autobots and the humans were being overwhelmed, until Optimus Prime later returned with the Guardian Knights in their combined form Dragonstorm to turn the tide. Dragonstorm knocked the hulking combiner down to the ground, long enough for Optimus to catch Infernocus off guard and strike back by inflicting damage on his chest and head. The Infernocons eventually separated to overwhelm Optimus, but were quickly decapitated by a single swing of his sword. 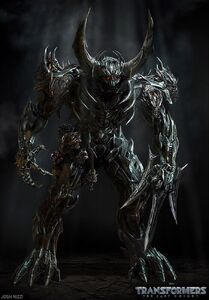 Concept art of an Infernocon that serves as the basis for Skulk. 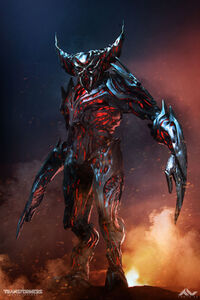 Concept art of an Infernocon. 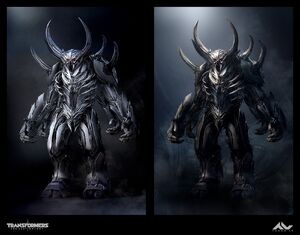 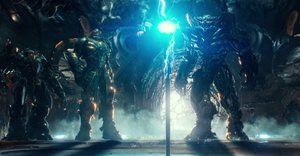 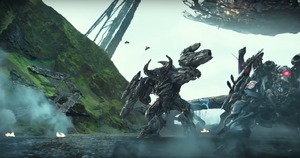 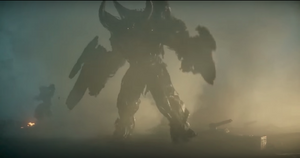 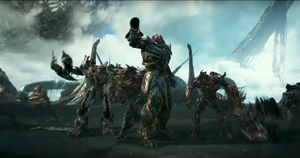 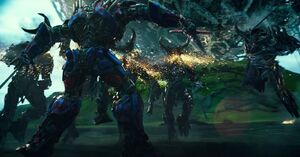 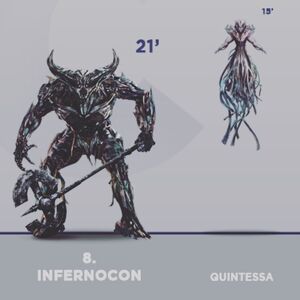 Size comparison between an Infernocon and Quintessa. 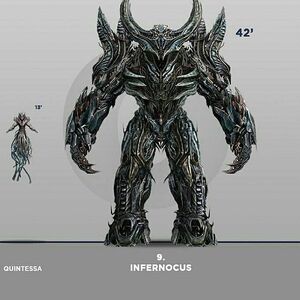 Size comparison between Infernocus and Quintessa.