The Inner Demons were a criminal organization assembled by Martin Li. The organization is composed mainly of Chinese immigrants that were corrupted by him over the years.

The first recorded attack of the Inner Demons was reported around October 2018, shortly after the arrest of Wilson Fisk by Spider-Man and Police Captain, Yuri Watanabe, when they were sent to Rosemann's in search of a folder containing information on the whereabouts of the secret Oscorp project GR-27, also known as Devil's Breath.

The Inner Demons and Martin Li planned to release the Devil's Breath on Manhattan as part of a revenge plot against Norman Osborn and Oscorp. They were also responsible for several other attacks on the city, such as the one that occurred at the New York City Hall, that killed hundreds of people, including Jefferson Davis, as well as many bombings and shootouts through the city.

The group was still active for a short period of time after Martin Li's arrest, being seemingly defeated by Spider-Man shortly after. It's unknown if any members remain active. However, in the spin-off, Marvel's Spider-Man: Miles Morales, it is revealed that what's left of the Inner Demons were taken down by the high-tech criminal organization know as the Underground thanks to the 3D-printed programmable matter technology and weapons built by their new leader, the Tinkerer. 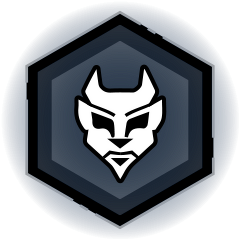 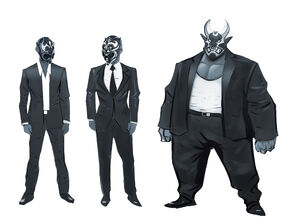 Concept art of members of the Inner Demons. 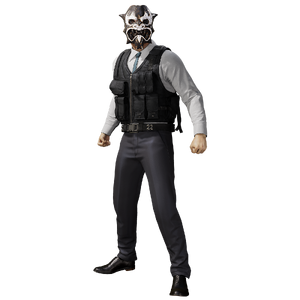 Model of an Inner Demons member. 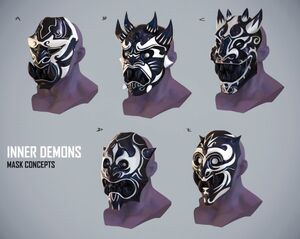